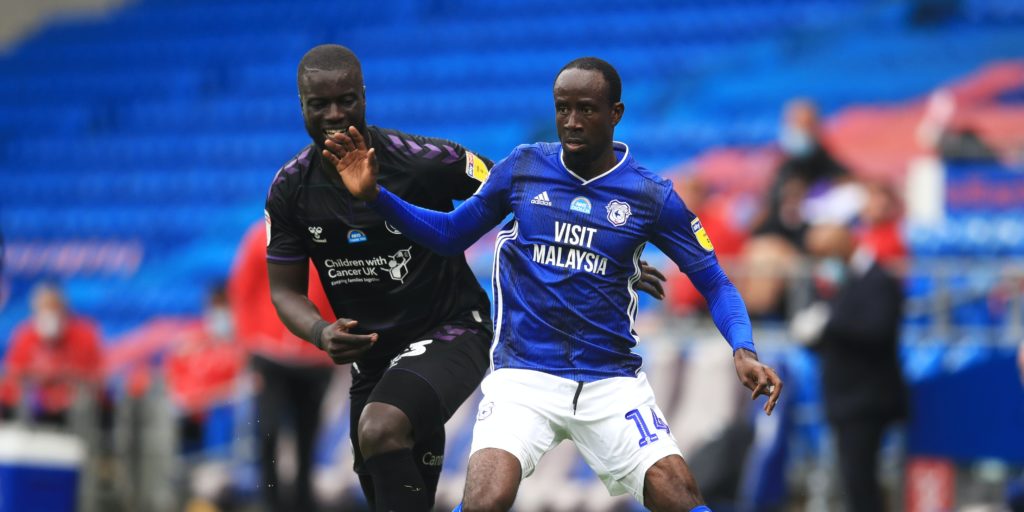 Cardiff and Charlton saw their 100 per cent records since football returned come to an end as the two Sky Bet Championship sides shared a goalless draw in the Welsh capital.

Both teams had won their first two games since the league resumed, but a point suited relegation-threatened Charlton more than it did Cardiff, who have an eye on the play-offs.

Neil Harris’ Bluebirds stayed in sixth position with a draw and although the two teams went into the game at opposite ends of the table, Charlton deserved a share of the spoils.

Back-to-back 1-0 wins did not stop Charlton manager Lee Bowyer from making a total of seven changes as he looked to freshen up his side. Cardiff started Nathaniel Mendez-Laing and Robert Glatzel after both scored as substitutes in the victory at Preston.

Cardiff full-back Dion Sanderson fired wide with the game’s first chance while Charlton’s Andre Green headed over at the other end. Josh Cullen also tried his luck for the visitors.

Green was causing Cardiff plenty of concern as he forced the home defence into emergency action in an opening half hour which was not bad despite the lack of goals.

Glatzel and Sam Field then collided nastily as they competed in the air and there was a long delay as both players were treated for cut heads.

Field was replaced by Darren Pratley for Charlton but Glatzel continued, albeit with heavy blue strapping. He eventually hobbled off to make way for Callum Paterson just before the break.

Charlton continued their attacking threat at the start of the second half but both teams failed to carve out clear chances.

Cardiff defender Wes Nelson had to do well to cut out a Tom Lockyer cross as Charlton continued to threaten. Bowyer then added Deji Oshilaja and Chuks Aneke in search of an opener.

Hoilett had a fine chance at the back post from an Adomah cross but could not hit the target. It summed up Cardiff’s inability to make the final ball or shot count.

The home side pushed the harder for a winner in the final 10 minutes but Nelson headed wide from a Hoilett free-kick.

Charlton’s Aneke felt hard done by the physical defending of Nelson and Cardiff captain Sean Morrison, but in the end neither side could break the deadlock as the ball burst in the final minute.