Home News We are missing the lift our fans give us, admits Millwall boss Gary Rowett

We are missing the lift our fans give us, admits Millwall boss Gary Rowett 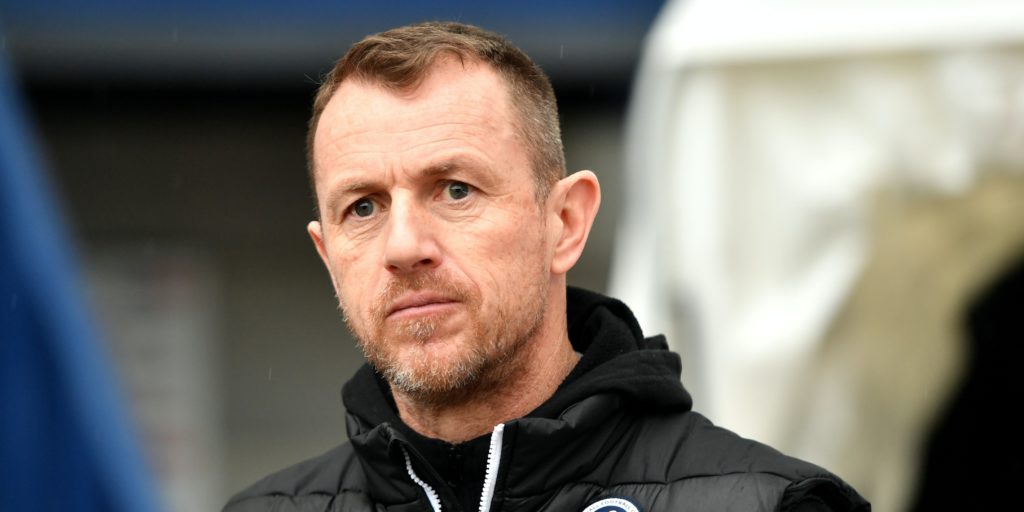 Millwall were held to a 1-1 draw at home to Swansea.

Millwall manager Gary Rowett has not given up hope of reaching the Sky Bet Championship play-offs but admits his team are missing the support of the home fans at the Den.

The Lions were held to a 1-1 draw by Swansea on Tuesday to drop more points in their quest for a top-six finish.

A first-half opener from Mason Bennett put them in the driving seat, but Rhian Brewster’s free-kick which deflected in off Millwall goalkeeper Bartosz Bialkowski in the 66th minute forced a share of the spoils.

“I think we can still make it,” Rowett said of his side’s play-off chances. “In this division two or three wins changes the whole outlook very quickly.

“At the moment my thought process is, we are tinged with still trying to get something out of this season and also learning some things for next season. That will be a real challenge because we want both.

“We’ve done everything we could to win the game and, until we’re out of it, we’ll keep fighting.”

Millwall are winless since the resumption of football after they lost at home to Derby before drawing at Barnsley last weekend.

After being pegged back by Swansea at the Den, the Lions found a second wind and pushed for a winner, but defender Murray Wallace failed to hit the target with two close-range headers.

“We need our fans here. They give us that 20 minutes of pressure which other teams struggle to cope with,” Rowett added.

“Our fans give us a lift. I know other teams do the same, but we’re a unique club in that sense. What I would say is it makes you realise how important our fans are to us.”

Swansea would have hoped for more than a point in London after they suffered a shock home defeat to relegation-threatened Luton on Saturday.

Brewster helped rescue a point and boss Steve Cooper insisted they would continue to push for a play-off berth.

The former England Under-17 boss said: “We have to keep going and keep believing.

“Yes we need to get better with game management and get better with looking after the ball late in games, but we will always strive to be better because there is always something to improve on. We won’t give up.”

While Brewster’s free-kick went down as a Bialkowski’s own-goal, the Swans boss saluted the efforts of the Liverpool loanee.

Cooper added: “He practises them every day and his returns are good. I have seen him do it on many occasions and you do fancy them. It was a brilliant goal.”

Millwall head to local rivals Charlton on Friday, while Swansea will entertain Sheffield Wednesday on Sunday.