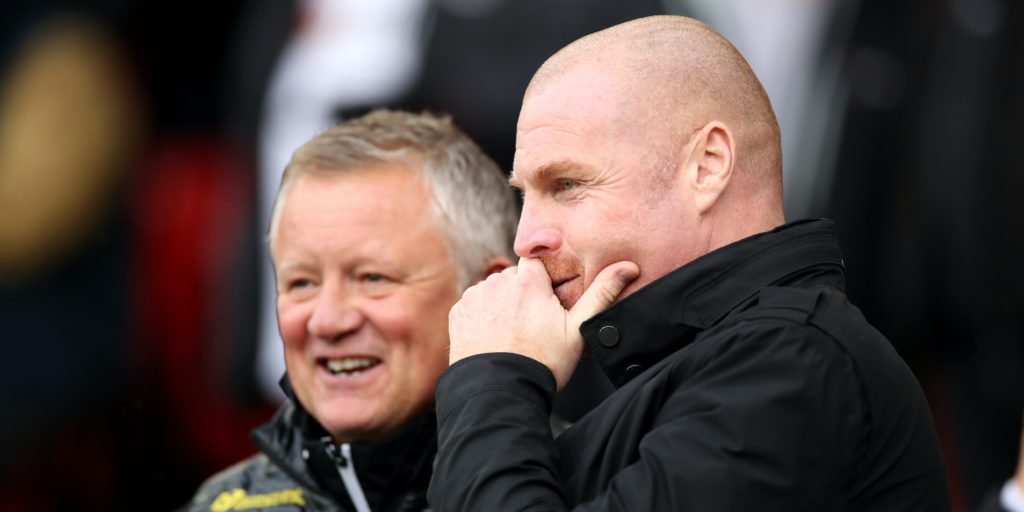 Sheffield United boss Wilder described his counterpart at Burnley as a “brilliant manager”.

Dyche’s future has come under speculation in recent weeks amid rumours of a boardroom disagreement at Turf Moor, despite the Clarets being in the running for European qualification.

Wilder, who uses Burnley as a blueprint for what the Blades can achieve, is in awe of what Dyche has done and suggests maybe he is too good for the Lancashire club.

“Brilliant manager, gets the best out of his team, they are a great example for my football club and my players on how to do it.

“If I am sat here in four or five years time a Premier League manager like Sean is I would be absolutely delighted.

“Absolute nonsense, complete nonsense in terms of anyone questioning what that man does for that football club.

“That is an ignorant, ridiculous opinion. Complete nonsense. I don’t get it.

“If anyone asked the question after what Sean’s done for Burnley I would be saying has that football club done enough for the manager after what he has done for them.”

The Blades have European ambitions of their own as their impressive 3-1 win over Tottenham on Thursday moved them into the Europa League places – above Spurs and Arsenal in the table.

Wilder celebrated the three points against Jose Mourinho’s men by staying up until 4.30am, so he was in a fragile state at his pre-match press conference.

He continues to refuse to talk about any European hopes for his club and is only concentrating on the performances.

“I am just looking for a bit of consistency, we have had two decent performances and we are looking to make it three,” he said.

“If you look at the fixture list, the Premier League – it is where we all wanted to be – Burnley, top 10, Wolves, Chelsea Everton, Leicester, Southampton.

“I am just after performances even though the W bit at the end is important.

“If our team plays like it does then we will give ourselves an opportunity of competing in this division.”

Wilder will be without John Fleck, John Lundstram and Luke Freeman at Turf Moor, while Jack O’Connell remains a doubt.