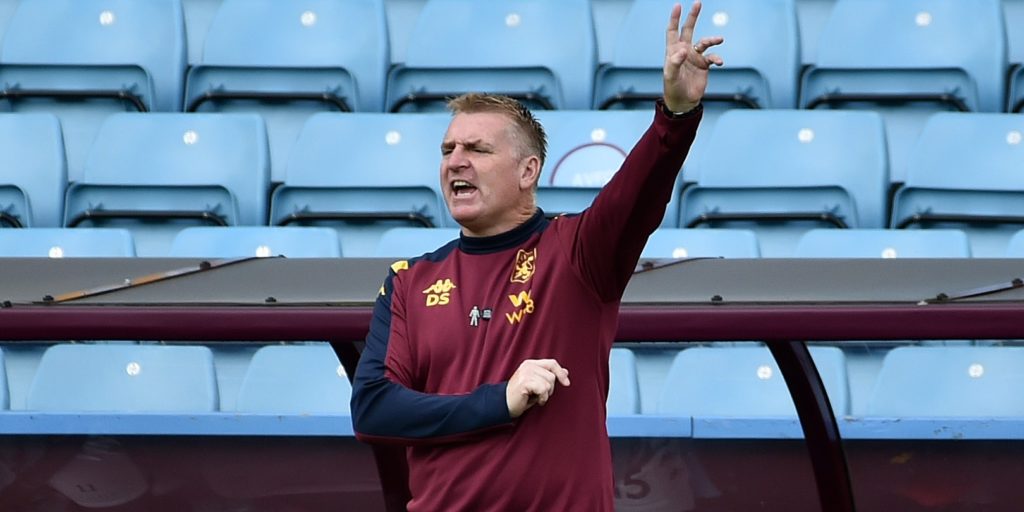 Villa are a point from safety heading into Sunday’s game at Anfield.

Dean Smith has called on Aston Villa to express themselves as they fight to avoid Premier League the relegation.

The strugglers go to new champions Liverpool on Sunday third bottom and a point from safety.

Smith’s side are winless since the top flight restarted last month with six games left to avoid an immediate return to the Sky Bet Championship.

Villa have scored the most goals out of the bottom four, although talisman Jack Grealish has not netted since January, and Smith wants to see more character.

“We have total belief and total determination,” he said.

“The mental strength and belief is there, I want them to show more personality on the ball.

“They are representing themselves, their families, the rest of their team-mates and what we’re missing at the moment is the fans.

“They (the players) feel like they’re in a better place than when the break started.

“We’ve restricted three top-eight teams to very few chances, so defensively we are in a good place, but we need to have better quality in the final third.

“The lads aren’t too disheartened because they know that they’ve played well, we’ve certainly defended better, we just have to put our chances away.”

Liverpool lost 4-0 at Manchester City on Thursday, their first game after being crowned champions.

They have won every top-flight game at Anfield this season and Smith does not expect any let-up from Liverpool despite finally winning their first title in 30 years.

“I’ll think we will see similar to what we have seen week in, week out,” he told a press conference.

“They will be a little bit sore from getting beaten 4-0, but we know that their attitude is going to be there.

“I saw it as he (Jurgen Klopp) did – they had as many chances as Manchester City and their attitude was spot on.

“We have a chance, we made Liverpool work really hard (a late 2-1 defeat at Villa Park) and we were three minutes away from getting the victory ourselves.”

Matt Targett is out after picking up a hamstring injury in the 1-0 defeat against Wolves with Ezri Konsa struggling with a foot problem.