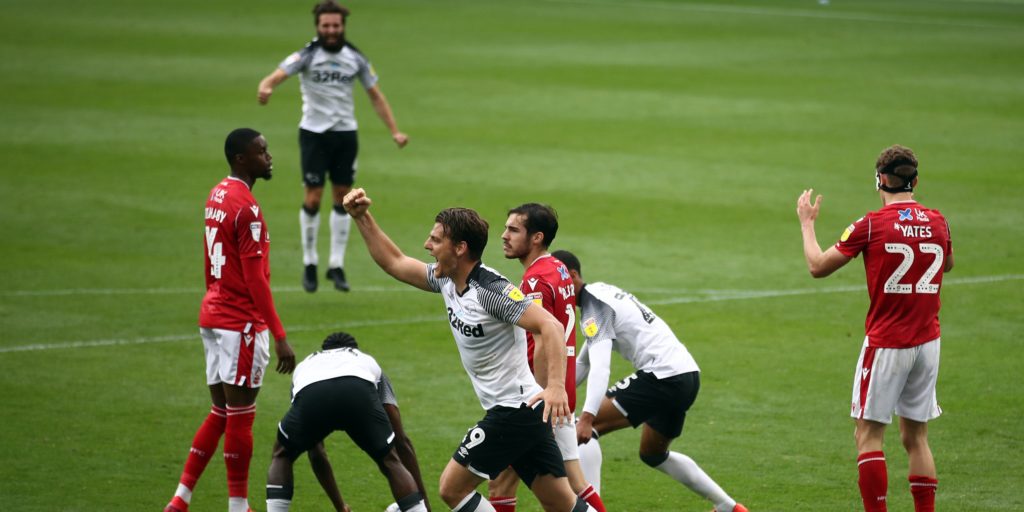 British Transport Police said a fan ‘jumped in to celebrate a win over local rivals’.

A Nottingham Forest fan leapt into a canal to celebrate victory over Derby unaware his side had conceded a late equaliser, say local police.

Chris Martin scored a dramatic 97th-minute goal to snatch a point for Derby at Pride Park – but one fan apparently did not realise the hosts had made it 1-1.

“A Forest fan had jumped in to celebrate a win over local rivals, unaware of the late equaliser,” they tweeted. “#wounded.”

Forest had looked on course for victory thanks to Joe Lolley’s 10th goal of the season in the first half.

But, in a dramatic conclusion, Derby’s Martyn Waghorn was sent off in the 95th minute before Forest then failed to deal with a free-kick and Martin pounced.