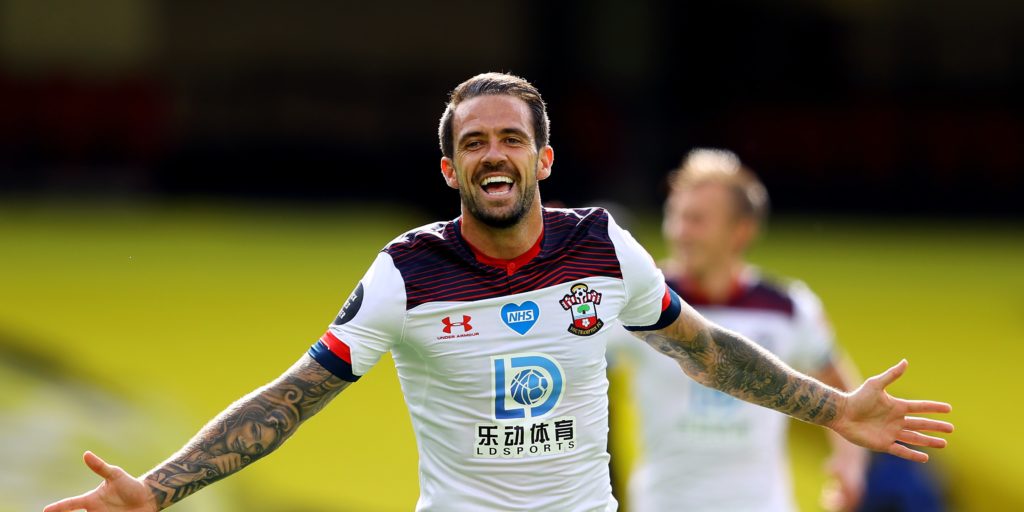 The striker has enjoyed an impressive campaign.

Danny Ings is proving to be a GBP 20million bargain for Southampton and manager Ralph Hasenhuttl believes the hometown hero is in it for the long haul.

After an injury-ravaged time at Liverpool, the 27-year-old former Bournemouth and Burnley striker returned to his roots in 2018 to join the club that had released him as a boy.

Ings’ first season on loan was solid if unspectacular, but the striker has sparkled since the deal became permanent over the summer in a deal rising to GBP 20million.

“One of the positives in this is Danny is one of our own and he’s a guy who really enjoys being with us and playing on this areas,” boss Hasenhuttl said.

“The top six have fantastic strikers in their squad and he has a history with injuries, for sure.

“But he is at an age where it is more comfortable for him to be at a club where he knows what he has.

“But, yes, you never know when someone comes and pays us GBP 100million for him. I don’t know what we do then and what he does then.

“But I don’t see this at the moment. I think for him it’s more important he sees what he has here.

“He has two more years left on his contract. And I really can see that he stays even longer after that.”

Ings has certainly looked at home at Southampton, who will look to improve their wretched St Mary’s form when Manchester City arrive on Sunday evening.

Millions of extra viewers are set to tune in as the match is being broadcast live by the BBC, giving the 27-year-old the chance to underline his place as a GBP 20million bargain.

“For us it would maybe not even be possible to get such a striker,” Hasenhuttl said of the quality to cost ratio.

“As with every transfer, there is always a risk if you spend a lot of money, especially for a club like us.

“We know the bullets we have must find a target because we don’t have so much.

“It was important for him that he stays fit. This was always the biggest question we had about him.

“He had a long history of injuries, he was never as fit as he is at the moment.

“Hopefully it stays like this and then we will have the future with Danny Ings as a striker who is definitely finding the goal and also working hard for the team.”

Hasenhuttl has a number of injury headaches heading into Sunday’s match.

The Saints boss said Pierre-Emile Hojbjerg and Sofiane Boufal are unlikely to feature after missing last weekend’s win at Watford, while Nathan Tella and Yan Valery are doubts.

Jannik Vestergaard is struggling with a muscle problem, but fellow centre-back Jack Stephens is back from a one-game ban, while Moussa Djenepo can play for the first time since play resumed having served a three-match suspension.