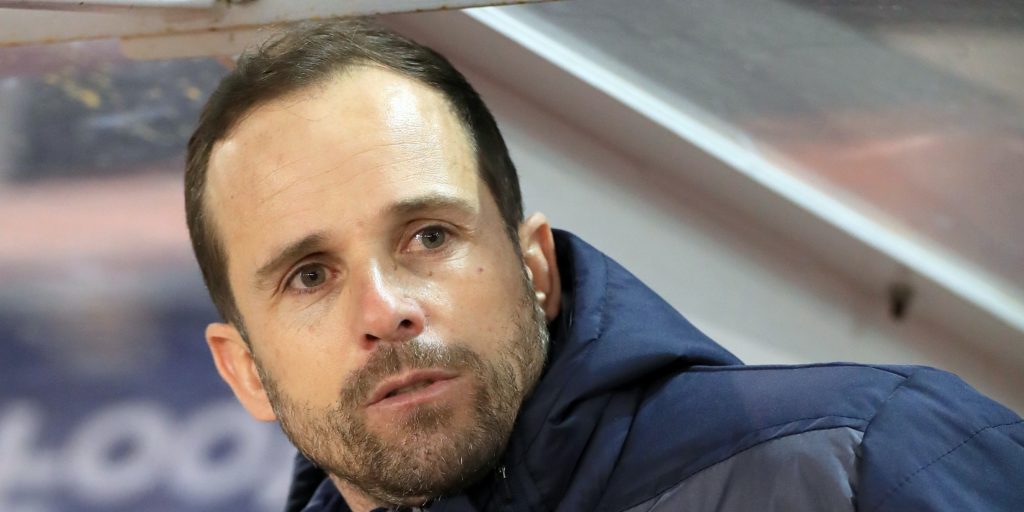 Chris Martin scored in the seventh minute of added time.

Joe Lolley’s 10th goal of the season, driven low from just outside the box in the 12th minute, gave Forest control and although Derby had the bulk of possession, they did not manage a shot on target until the 76th minute.

By then, Forest had wasted great chances to seal victory with first Lewis Grabban firing over from 10 yards and then substitute Tiago Silva rattling a post.

Forest spurned another chance on the break, but when Martyn Waghorn was sent off for a wild challenge on Ryan Yates in stoppage time, the game looked to be over.

But Joe Worrall conceded a late free-kick in his own half and, after a fumble from away goalkeeper Brice Samba, Chris Martin bundled the ball over the line in the seventh minute of added time.

“It’s very frustrating, we had a plan which we stuck to until the 96th or 97th minute but unfortunately we didn’t manage to hold the score,” said Baltazar.

“It’s not the first time this season and we need to work on this, the concentration and to focus until the last minute of the game.

“We had chances to score the second goal and at this time of the season, we can’t miss so many specific chances and then we are playing against 10 men, it’s unacceptable that we lost these two points at this stage of the game and we need to work on this really quickly.

“In spite of the feeling it’s a point from Derby who had five wins in a row but we had the game under control and the chances to kill the game but we didn’t manage to do it.”

Derby manager Phillip Cocu said: “We knew it would be a tough game and from the moment we conceded the goal it was going to be much harder against one of the best-organised teams in the league.

“We conceded an easy goal, and we had a poor start, we hesitated and we were slow which changed after we conceded which I’m a little disappointed about.

“But in the end we got an important goal and mentally we are in a good place and we kept pushing. Now having this one point we keep a positive feeling and we are still in a good position to fight for a play-off spot.”