Manchester United should have made move for Leroy Sane, says Dwight Yorke 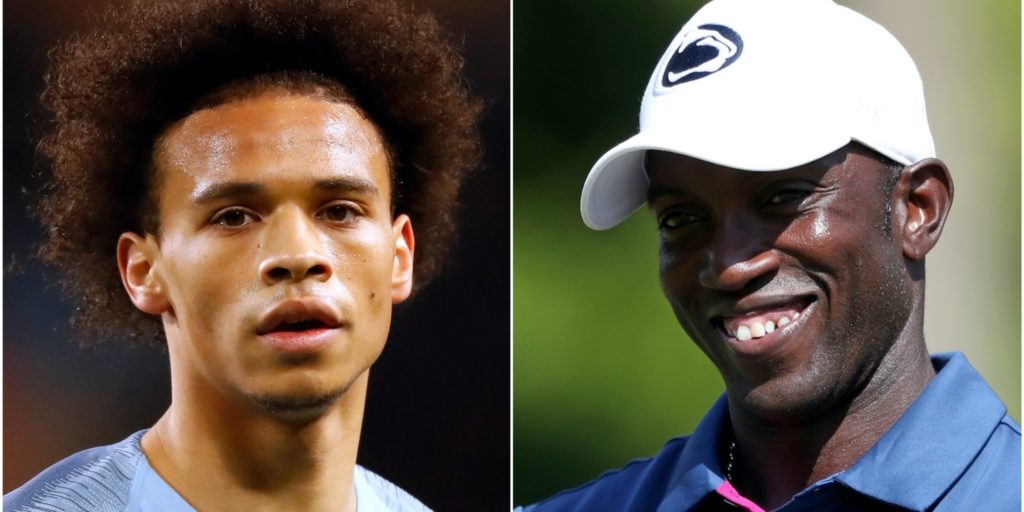 The Germany winger has left Manchester City to join Bayern Munich in a £54.8million deal.

Sane, 24, has left Manchester City for Bayern Munich in a deal which could cost the German side GBP 54.8million.

But Yorke feels United should have attempted to hijack the bid to take the Germany winger across Manchester.

With plenty of speculation linking Jadon Sancho with a summer move from Borussia Dortmund to Old Trafford, it is Sane who Yorke was more keen to see in a red shirt.

“I think United were always going to try to bring in a big name as always,” he said of United’s summer recruitment plans.

“That’s always been at the forefront of the club to make sure we try to stay ahead. I looked at our attacking players at the moment and it’s really exciting for me.

“I like to balance my team a bit and if there’s one thing we are missing ideally in that team at the moment it is a really good left-footed player who can give you something.

“I would have hijacked the boy Sane. I think he is a terrific player and would really send a message. All that rivalry and next door stuff. He’s just something really out of the box.

“I really like him, he’s direct, he’s got pace, he’s got power, he’s at the right age and the right ingredients.”

Yorke also said that – despite United keeping 11 clean sheets from their last 15 games – a central defender should be high on Ole Gunnar Solskjaer’s shopping list.

Asked about United making a move for Napoli’s Kalidou Koulibaly, Yorke replied: “That’s the name everyone is after and quite rightly so because he has shown he is a terrific player.

“Ole has to make that call but we are stating our expression that that is an area we need to strengthen.

“If we strengthen that, one more attacking player, then we are nearer to challenging for the title again.”

Yorke has been impressed with the form of Bruno Fernandes since he joined in January, and rubbished any suggestions the Portugal international was ever going to struggle playing alongside Paul Pogba.

“I think it was ludicrous to even think that to be quite honest,” added Yorke, who hit 65 goals in 152 appearances during a four-year stay at United.

“When you have your best players you have got to fit them into a system somewhere along the line.

“Yes, both of them can score goals, both can create and do the things we have seen them doing.

“Ultimately, in a team sport you have got to let them understand that if one goes forward one has to sit back – they all can’t go together so it is just developing an understanding.”