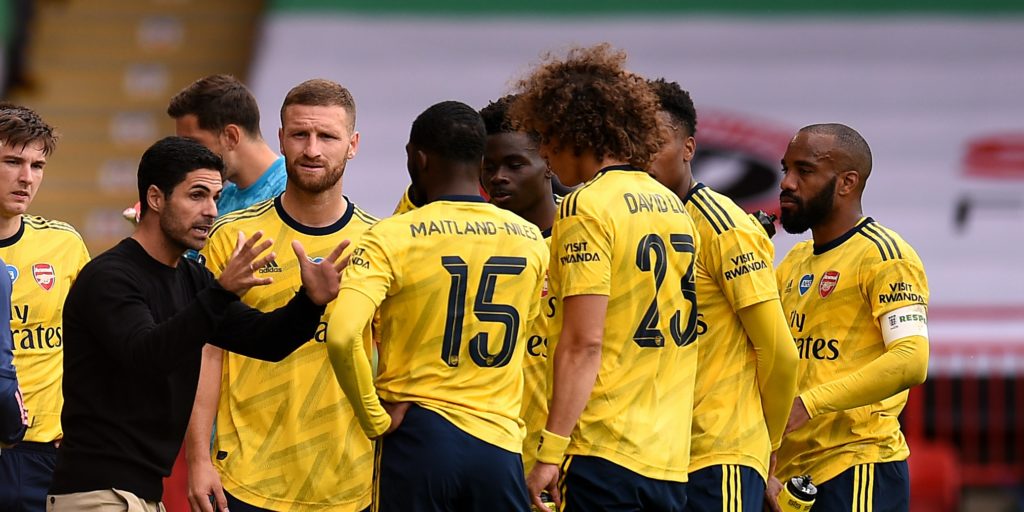 The pair have not featured recently for the Gunners.

Arsenal head coach Mikel Arteta has offered an insight into what he expects from his players following the continued absences of Matteo Guendouzi and Mesut Ozil.

The pair have not featured recently for the Gunners, Guendouzi not making the squad for the last three games and Ozil yet to kick a ball since the season restarted.

Speaking generally last month, Arteta said he only wanted players who were “on the boat” to stay at the Emirates Stadium.

He has refused to answer questions as to why Guendouzi, after escaping a Football Association ban for grabbing Brighton striker Neal Maupay around the throat, has not even made the bench since.

But, pushed to explain what his “on the boat” comment meant, Arteta replied: “Players that respect the values we want to implement, that they are 100 per cent committed to our culture, and players that are accountable every day for what we demand from them.

“Players that are ready to help each other, fight for each other and enjoy playing together.

“That is what I mean by being on the boat. If you behave like this every day, you are very very welcome here and we want to get the best out of you and help you to enjoy your profession with us.”

It now remains to be seen if Guendouzi – or Ozil, whose recent absences have been put down to a back injury, return for Saturday’s crunch Premier League clash at Wolves.

With games coming thick and fast since the season resumed following the coronavirus pandemic caused a 100-day postponement, Arteta said he is using training to judge the mindset of his squad.

“Now we don’t spend as much time training as we used to before, but you see that in every reaction of the player,” he said.

“What time he comes into training, how he comes, how ready he is, the way he communicates, the energy he brings in, the way he transmits his feelings to his team-mates, the way he reacts to certain things, the way he behaves in training, during games, there are a lot of things that we can pick up.

“We all have moments when you have doubts about your future, you have difficult times and that is why the conversations have to be open.

“You have to create an environment for the players so they can trust you, to express those feelings.”

In terms of Ozil, Arteta said he has no further information from club doctors than the ‘back soreness’ reported on Arsenal’s official website.

“I think the medical department will try to assess the situation in the best possible way and treat him the best they can,” he added.

“But everybody is different and everybody adapts in a different way to treatment and that is not something that is my subject.

“I have not asked a specific question and at the moment when the situation is like last week.”