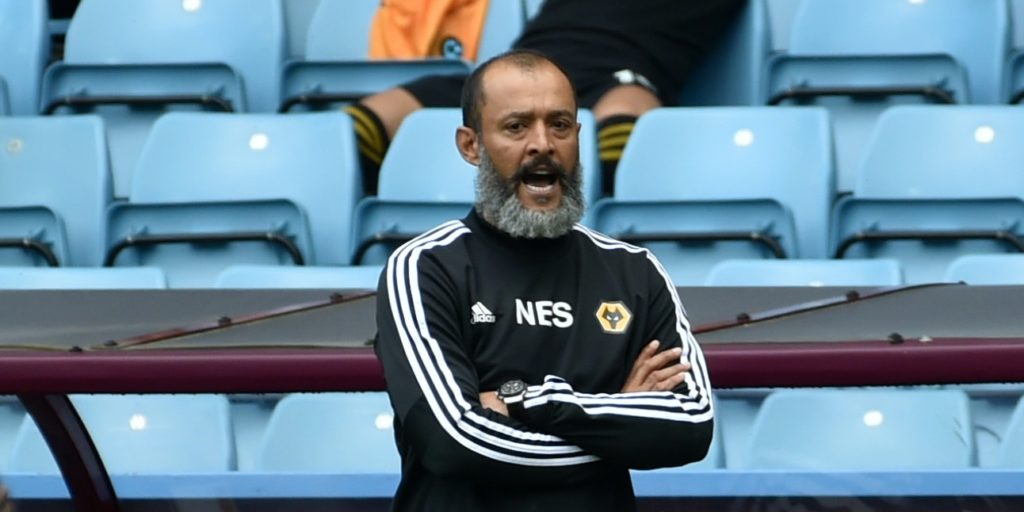 Wolves are just two points behind Chelsea and three adrift of Leicester.

Wolves are sixth ahead of Saturday’s Premier League visit of the Gunners.

Chelsea’s last-gasp 3-2 defeat at West Ham on Wednesday left the Blues just two points ahead of Nuno’s side as they chase a shock top-four spot.

Victory would put Wolves nine points clear of Arsenal in eighth but Nuno insisted they have not spoken about their Champions League ambitions.

“There never was and there will never be, it’s game by game. Tomorrow is Saturday and we play Arsenal,” he said, with his side also just three points behind third-placed Leicester ahead of the weekend.

“What we enjoy is tomorrow, that’s more important, we are all focused on that.

“It’s going to be a different game. It’s a different manager with different ideas and a very talented squad. The situation will require new answers from us.

“You can see the different things, Mikel (Arteta) is trying to put his ideas across and the talent there is immense. We expect a tough challenge. It will require a lot from us.

Nuno has a fully-fit squad available as Wolves aim to maintain their 100 per cent record since returning from the enforced break, with Adama Traore pushing to return to the starting line-up.

The game will be Nuno’s 150th in charge of Wolves since being appointed in 2017, having taken the club from the Sky Bet Championship to within touching distance of the Champions League.

“We are happy, it’s a good number. It reflects three hard years of work and a lot of people involved. We are proud and we want to compete,” he added.