Home News On this day in 2007: Fernando Torres joined Liverpool

On this day in 2007: Fernando Torres joined Liverpool 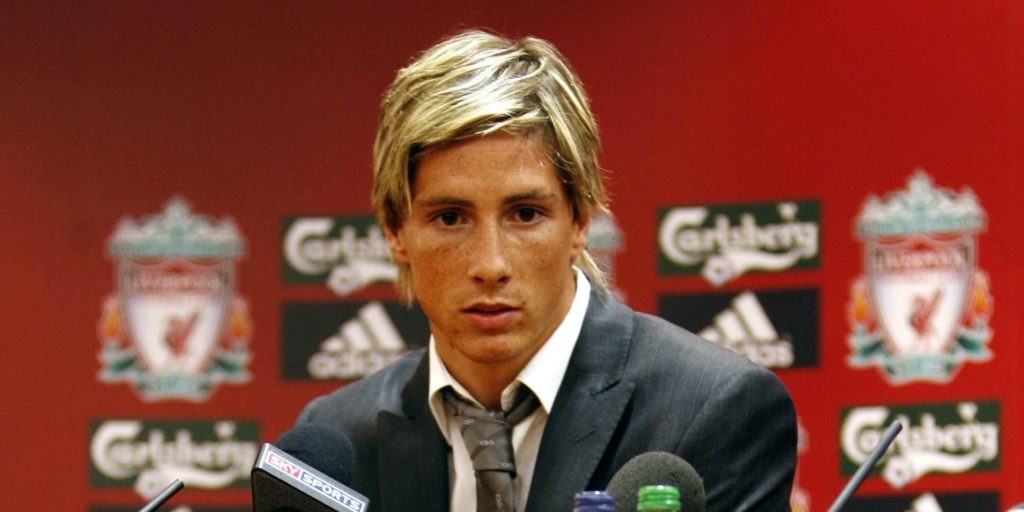 The Spanish forward ended a long association with Atletico Madrid when he chose to move to Anfield.

On this day in 2007, Spanish forward Fernando Torres left his home nation and boyhood club of Atletico Madrid to join Premier League side Liverpool.

Having represented Atletico since joining the youth system aged 11, Torres ended his 12-year tenure with the club after Liverpool offered a reported GBP 20million for the striker – then a record transfer fee.

Aged 23 at the time, Torres took up the number nine shirt left vacant by the departure of Anfield great Robbie Fowler when he made his competitive debut for the Reds against Aston Villa on August 11.

His debut Premier League goal soon followed when the club drew with Chelsea, the first of 33 goals across all competitions during the 2007-08 season, making the Spaniard the first player since Fowler’s 1996-97 term to break the 30 barrier.

Successive hat-tricks against Middlesbrough and West Ham contributed to the tally, with a total of 24 league goals allowing Torres to surpass Ruud van Nistelrooy as the most prolific foreigner ever in a debut season in England.

After a remarkable first season with Liverpool, Torres’ 2008-09 campaign was slightly hampered by injury as the forward suffered a series of hamstring and ankle issues.

Nevertheless, 17 goals from 38 appearances across all competitions and 14 league strikes led Liverpool to the runners-up spot in the Premier League, their most successful season in six years.

The club slumped to seventh the following year, although Torres did still manage to net 22 goals from 32 appearances despite dealing with a recurring knee injury which required two separate operations.

A change in Liverpool leadership followed at the beginning of the 2010-11 term, with Roy Hodgson replacing Rafael Benitez and repeatedly insisting that Torres was not for sale and would not be leaving Anfield.

Despite that statement the Spaniard did depart after only a brief spell playing under Hodgson when Chelsea demonstrated their interest during the 2011 January transfer window.

Upon hearing of Chelsea’s enquiries, Torres handed Liverpool a written transfer request and just three days later he joined Chelsea for a reported fee of GBP 50million – another record sum.