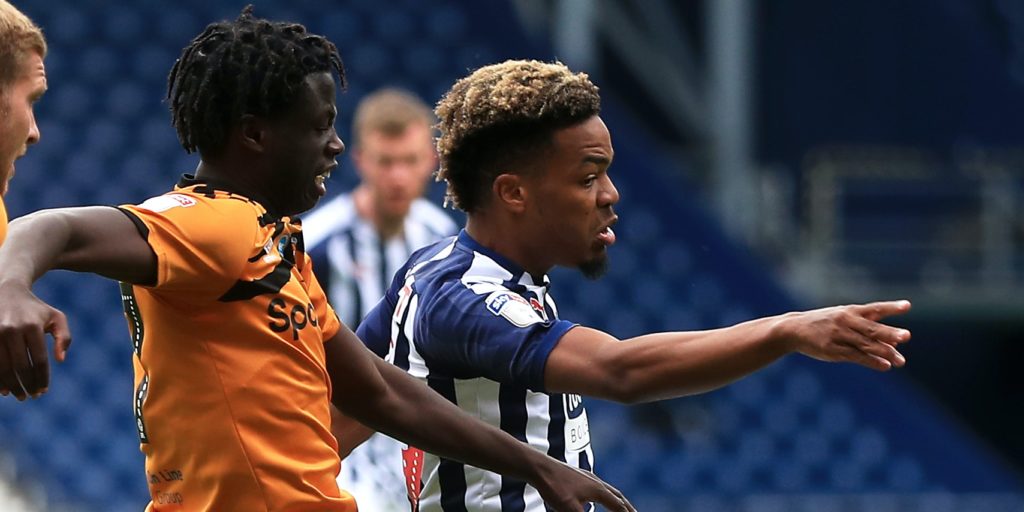 The Baggies are five points clear of third-placed Brentford.

West Brom boss Slaven Bilic insisted his side must handle the promotion pressure after a 4-2 win over Hull kept the title heat on Leeds.

Hegazi was sent off in stoppage time after his second yellow card, but Albion moved closer to ending their two-year Premier League exile.

Kevin Stewart and Mallik Wilks twice levelled for struggling Hull, who sit a point above the relegation zone.

In contrast, Albion are now five points clear of third-placed Brentford with five games left in the title run-in.

Bilic said: “The teams who are below us, Brentford, Fulham and Forest are doing well but they are hoping.

“We have to continue being brave and relax in a positive way. Today was a game to enjoy.

“It was a very frantic match, the stage is frantic. It was a very open game, we didn’t want it to be open when they were getting the ball.

“On the ball we were excellent but they put us under pressure with a very simple way of football. We were a little afraid they were going to hurt us.

“We are back on track and I’m really pleased with that.”

Hegazi’s header made it 2-1 only for Wilks to equalise again three minutes after the break.

But Grosicki restored Albion’s lead against the club he left in January just 76 seconds later. Diangana struck a fourth 14 minutes from time and, despite losing Hegazi to a second yellow card in injury time, the hosts held on.

He said: “I think some of the goals are unacceptable. The first one we tried to bring it down rather than head, we switched off for the third and the fourth was a sucker punch. In an attacking sense we were excellent.

“The second goal was the worst. Jordy (De Wijs) knows himself, he made a mistake and hopefully he doesn’t make any more.

“We’ve worked hard on attacking set-pieces. We’re seeing benefits of that. Every ball (George) Honeyman put in we were so close. The work has gone in and we’re looking better defending and attacking set plays.”