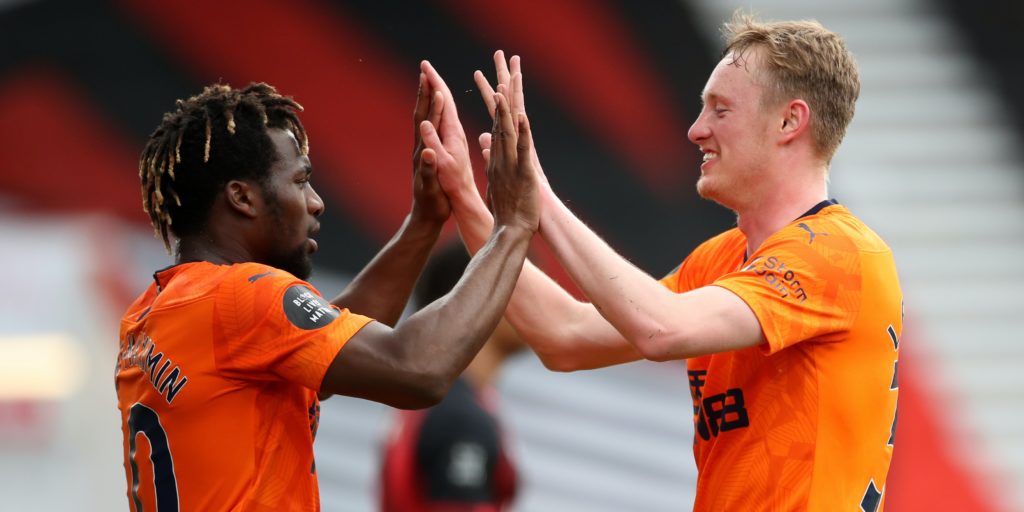 The £16million Frenchman contributed three assists at Bournemouth in midweek.

The 23-year-old underlined his talent with a high-octane display and three assists in Wednesday’s 4-1 Premier League win at Bournemouth, a performance which no doubt contributed to his subsequent nomination for top-flight Player of the Month.

However, amid speculation that Saint-Maximin, who cost the Magpies GBP 16million when they bought him from Nice last summer, is being monitored by a series of potential purchasers, Bruce rebuffed the attention.

Bruce, who is himself among the candidates for the Manager of the Month award, said: “We can’t help that at Newcastle. Even with the result we’ve got, there’s still a negative story.

“Allan has only just arrived here. He signed a six-year deal in the summer. If people are talking about him, good. It means he’s doing it on the pitch.

“People are talking about Allan and (Miguel) Almiron, which means they’re performing on the pitch. That’s all they can focus on and let the rest look after themselves.”

Saint-Maximin’s first season in English football has taken off since the return after lockdown, with the flashes he had shown previously coming more often and to greater effect.

But Bruce, who will make a decision on the Frenchman’s involvement against West Ham on Sunday after starting him in four games inside 11 days, is confident there is more to come from a man who arrived with a reputation for being difficult, but who has prospered on Tyneside to date.

He said: “He’s already a fans’ favourite. That has to be the key. Can he reach that consistency that top players have?

“He’s got all the ability to be a top player, its now the mental side to do it week in, week out. That’s the challenge from him and my staff, to get the best out of him. But he certainly has the natural ingredients to be anything he wants to be.

“People enjoy watching him. He’s certainly different and blessed with a natural ability most people haven’t got.

“The assist for Sean (Longstaff’s) goal (at Bournemouth) – I don’t think there’s anyone on the pitch who could beat three people in five yards like he did.

“He’s still got a long way to go, but we’re delighted with his improvement and the way he’s adapting to the Premier League now.”