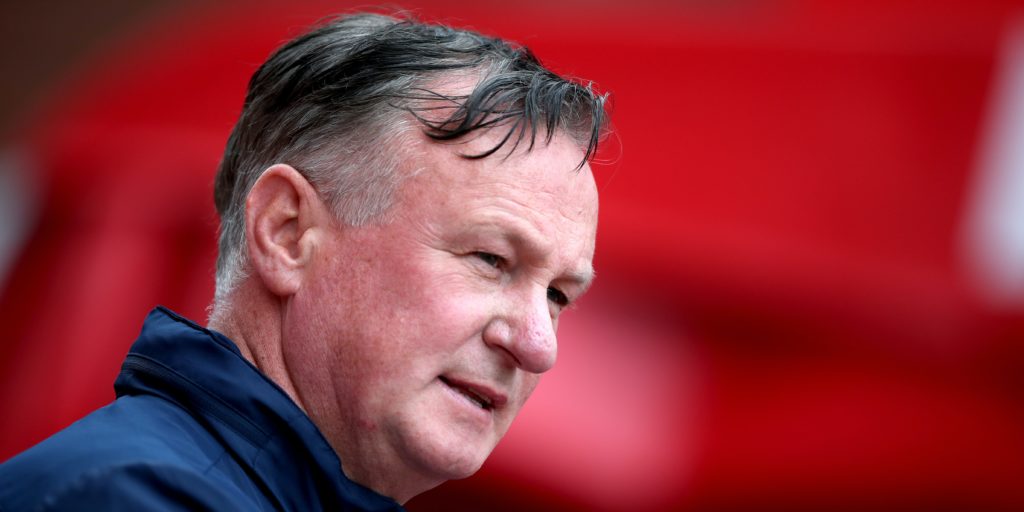 The striker scored twice in the Potters’ convincing win over Barnsley.

Campbell doubled the lead given to the Potters by Sam Vokes’ early header, taking advantage after Mads Andersen’s attempted back pass fell short.

He then made it 3-0 from a Sam Clucas corner after 38 minutes, before Tom Ince completed the scoring with three minutes to go.

And delighted O’Neill, whose side moved out of the Sky Bet Championship relegation zone, was quick to hail the hot-shot’s finishing prowess.

“Tyrese is a great finisher,” he said. “If you are a good finisher you have to get in the positions and he did that today.

“He’s not looked the same since he came back, but today he was excellent and did a lot of good work.

“He is a young player who is still developing. When he is in that mood, defenders are frightened at this level.

“It’s nice he got the two goals, but he has to keep going now.

“I am delighted with the result. We had the right intensity in our play, that was the message we hammered home during the week.

“We have done a lot on set-pieces and we capitalised on that. We deserved to win the game.

“We were pleased with our play, it was a great result after a difficult week. It is a step in the right direction but nothing else.

“If you don’t match the opponents for competitiveness you will lose the game and we hammered home that message.

“We had a higher intensity to our play and scored some very good goals. We need to carry this forward over the next five games or we will be in the relegation zone.”

Barnsley boss Gerhard Struber, whose side are now second bottom and four points adrift of the safety zone, admitted the mindset of his players was wrong.

“When they got the second goal we lost our plan and it affected the mindset of the players,” he said. “Stoke had a big advantage and we were not clear and ready at this moment.

“We were not ready to fight against this massive opponent.

“We have had many problems and did not have the right energy to win balls and play efficiently.

“Today in every situation, on and off the ball, was not the right level of what we need to win at Stoke.

“Stoke had a good plan from set-pieces, but our reaction was not fast enough, we were asleep

“Against this massive opponent you cannot make so many mistakes. Today we did not show the face of the last three games and I hope we can get a very big reaction.

“The boys are down. This is our responsibility and we need to have the right mindset in a game like this. The attitude was not right, especially after 10 minutes. We did not have the belief we needed.

“We have to get the belief back and that is down to me to sort. We were not ready today and we have to change that against Luton.”