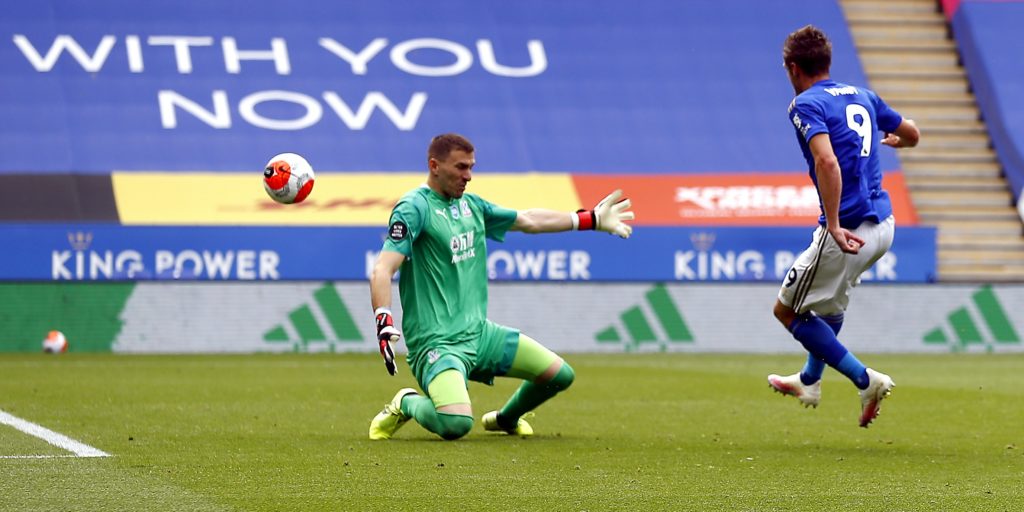 Leicester are third ahead of Tuesday’s trip to Arsenal.

Brendan Rodgers has backed Leicester to finish the job and return to the Champions League.

The Foxes travel to Arsenal on Tuesday as they battle to rub shoulders with the European elite once again.

Rodgers’ side sit third after Saturday’s 3-0 win over Crystal Palace ended their winless streak since returning from lockdown.

Leicester last played in the Champions League when they reached the quarter finals in 2017, having won the Premier League title under Claudio Ranieri, and Rodgers believes his team can gatecrash the top four again.

He said: “There’s no doubt, we have shown over 33 games our talent. OK, we’re maybe missing some players but as a squad we’re very focused on achieving it and we’ll fight to the final whistle.

“We have to stay in this period and focus on the next game. Hopefully by the end of the season we’ve achieved the objective and the dream.

“What the players have done has been remarkable. I’m pretty clear on that and getting the perspective of it all.

“If you think of the two teams in front of us, two of the greatest teams the Premier League has produced, for us to be second in the league from a defensive perspective and third highest goalscorers means the players have been brilliant.

“The league is so competitive, not just the so called top clubs, for us to be amongst it shows the level of performance.”

James Maddison is a doubt with his persistent hip injury which forced him to miss the win over the Eagles while Ben Chilwell will be assessed after coming off with a foot injury at half time.

Arsenal boosted their slim chances of reaching the Champions League with an impressive 2-0 win at Wolves on Saturday.

The Gunners have won their last three Premier League games without conceding to sit seventh, nine points behind the Foxes, and Rodgers has been impressed by Mikel Arteta since he replaced Unai Emery in November.

“Mikel has done very well, he has gone into a club with huge expectation which he knows. He has gone in on his first job and how he has dealt with it has been outstanding,” he said.

“You can see the style and it’s not an easy style to implement, especially at a club wanting to challenge straight away.

“They are very well organised, look to play how Arsenal supporters want them to play and he has made some really good steps. They’re on the back of three good results and we’ll look forward to the challenge.”