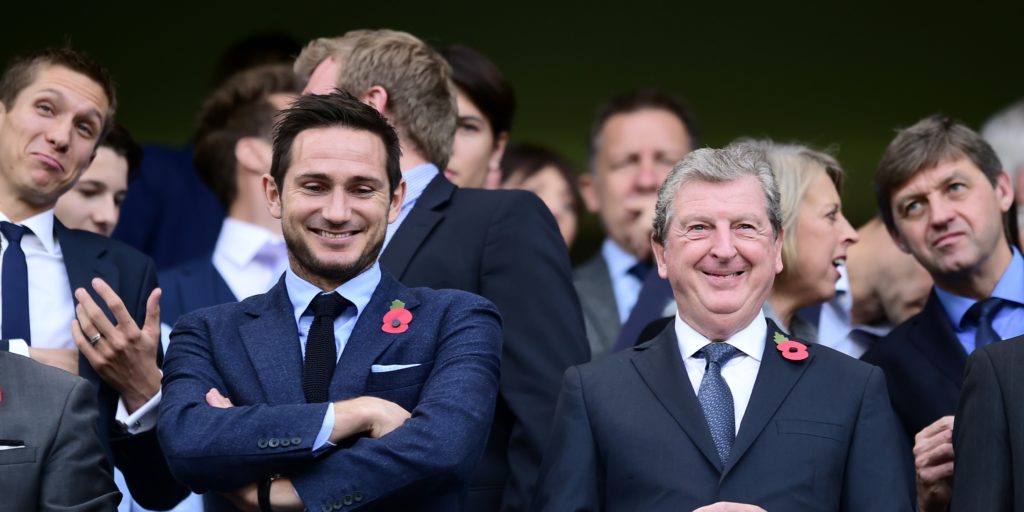 The Eagles boss is looking forward to facing the Blues.

Crystal Palace manager Roy Hodgson believes Frank Lampard and Chelsea both deserve credit for the success they have achieved this season.

The Blues travel to Selhurst Park on Tuesday still on course for a top-four finish in the Premier League and with a realistic chance of winning the FA Cup.

With Lampard in only his second season of management, the former England midfielder has handled the pressure of a transfer embargo and managed to blood several youngsters into the team at Stamford Bridge.

It has impressed his former England boss, but Hodgson is hopeful he will be the one smiling after their midweek encounter in south London.

“He is doing a very good job and I am pleased it has been recognised,” Hodgson said.

“The club did a good job too because they went with young manager, gave him the chance and a mandate to start bringing the young players through.

“He backed those players rather than complain some of the teams around them had spent more money, so Frank got on with that very, very well.

“I have not seen any suggestion from him that he has missed out on major transfers up to now and he has done his work with the players he’s found there that him and Jody Morris knew about.

“He has given them a chance to play and as a result, we have seen people like Mason Mount, Ross Barkley and Reece James who have profited from the fact the manager believes in them.

“I congratulate Frank on the job he has done so far and just hope I am not congratulating him tomorrow evening. I hope I disappoint him.”

Palace won their opener at Bournemouth after football’s resumption, but have since lost at Liverpool and Leicester while Burnley clinched all three points at Selhurst Park last Monday.

It has dropped the Eagles to 14th and while they are 15 points clear of the relegation zone, Hodgson is eager for them to impress during the final five matches of the campaign, starting with the visit of Chelsea.

“We have been a bit unlucky in the sense that we got ourselves in a good position and then in this very tight period, we are playing against a lot of the the top teams and a lot of who have started well,” the Palace manager added.

“Chelsea are a very good team, with many good players and irrespective of our own position it would have been a very difficult game.

“All we can do is prepare and look forward to it and we will do our best to make life as difficult as possible for them.”

Martin Kelly has returned to training for Palace after a calf injury, but is not expected to feature against Chelsea.

Hodgson remains without Jeffrey Schlupp and James Tomkins (thigh) for the battle at Selhurst Park between the two London clubs.