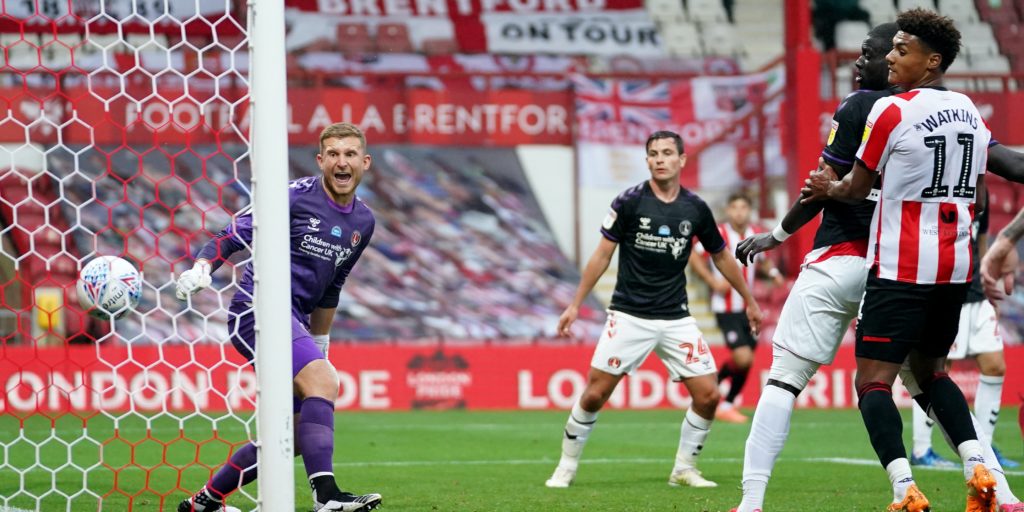 Said Benrahma and Ethan Pinnock sealed a dramatic comeback as Brentford boosted their bid for automatic promotion to the Premier League with a 2-1 win over Charlton.

The Addicks led through an eighth-minute goal from Macauley Bonne, but Benrahma levelled from the penalty spot before Pinnock headed the winner five minutes from time.

The Bees’ late win narrowed the gap to second-placed West Brom to just two points, ahead of the Baggies’ clash with Derby on Wednesday evening.

Meanwhile, Fulham also kept up the chase for a top-two finish as Harry Arter hit the only goal of the game to sink Nottingham Forest at the City Ground.

Arter let fly from outside the box with a left-foot shot into the top corner, handing the Cottagers their third straight win and moving them within four points of the Baggies.

The result also marked Forest’s first defeat since the season’s restart, and almost certainly means they will have to settle for a place in the play-offs.

Adam Armstrong struck a stunning 40-yard winner as Blackburn kept their own slim play-off hopes alive and dealt a blow to Cardiff’s with a 3-2 win in south Wales.

Will Vaulks’ opener for the home side was cancelled out by former Swansea striker Danny Graham, before Robert Glatzel put sixth-placed Cardiff back in front just before half-time.

But Dominic Samuel fired Rovers level again moments after the restart and Armstrong let fly in the 70th minute after spotting Cardiff keeper Alex Smithies off his line.

Barnsley boosted their survival hopes as substitute Aapo Halme grabbed a late equaliser in a 1-1 draw with Luton at Kenilworth Road.

Luke Berry had put the Hatters in front early on in the battle of the Sky Bet Championship’s bottom two teams, but Halme’s close-range strike meant the Tykes headed home in a marginally better mood.

Huddersfield continued to edge closer to safety as they stretched their unbeaten run to three games with a goalless draw at Reading.