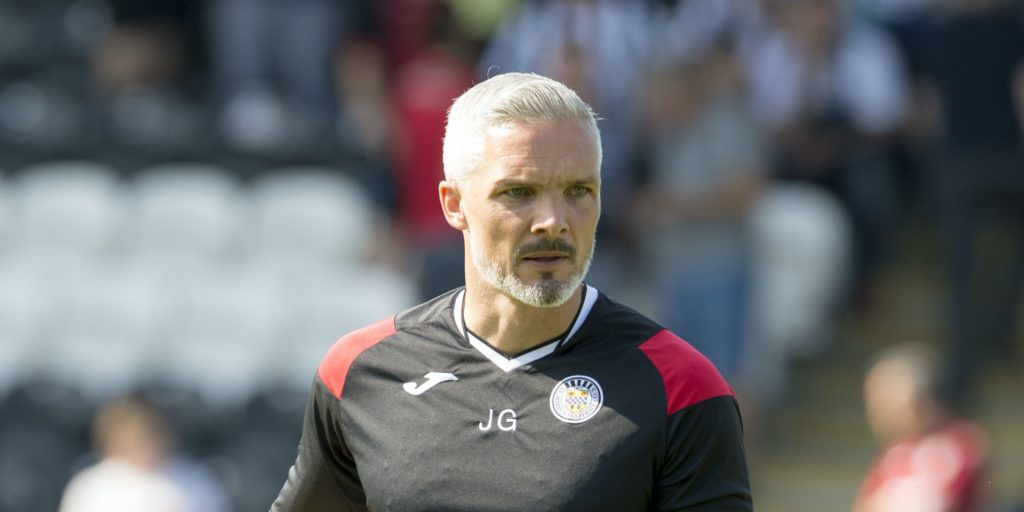 Sherron has joined the Buddies on loan.

St Mirren boss Jim Goodwin reckons he has landed a midfield enforcer cast in his own image after securing a deal for Fleetwood’s Nathan Sheron.

The Buddies boss says he has found the missing ingredient his side lacked last term after securing the 22-year-old former Liverpool youngster on a season-long loan.

While Goodwin is satisfied with his forward options, he believes Saints lacked the aggressive streak he once provide during his days as the hard man of Scottish football.

But the Buddies’ 2013 League Cup-winning skipper now hopes his current crop have the muscle to match their flair players after snapping up Sheron.

“I felt last season that we were a bit light in that area in terms of aggression and somebody who wanted to do the horrible side of the game,” the Irishman told the PA news agency.

“We’ve got a lot of nice footballers with Sam Foley, Jamie McGrath and Kyle Magennis but we needed somebody who would do that defensive role better. That’s what Nathan brings.

“He’s had a very good schooling from Liverpool’s academy and has then played a lot of games with Fleetwood the season before last.

“He’s only 22 but brings a really good mature head on his shoulders and he’ll allow the lads in the forward areas to go express themselves a bit more knowing he will be sitting there to cover.

“He really enjoys that defensive role, which is a something you don’t see too much these days. A lot of youngsters are desperate to get on the ball all the time, whereas Nathan will do the dogged side.

“I suppose you could say he’s quite similar to I was. He’s had a similar start to his career as me.

“When he was at Liverpool he was a centre-half but soon realised he wasn’t going to be big enough so he moved into the holding midfield role, just as I did when I left Celtic, and he’s got that defensive instinct.

“Nathan isn’t being brought in to score goals or lay on assists. He’s here to get in the face of the opposition and do the job that I suppose I did for the team during my career.

“I think the fans will love him.”

Fleetwood boss Joey Barton has an option to recall Sheron in January but Goodwin is concentrating on adding to his squad after allowing 13 to depart this summer.

Richard Tait and Jak Alnwick have already signed and Goodwin admits he is keen to make Joe Shaughnessy his fourth recruit after the former Aberdeen and St Johnstone defender was released by Southend.

“We’re talking to a lot of players right now of that sort of calibre,” he said. “Joe’s a player I’ve admired for a long time.

“I tried to get him last summer but he ended up going down to England. He’s still down there so we’ll see what happens.”

Meanwhile, Goodwin will be watching with interest on Thursday as First Minister Nicola Sturgeon announces the latest moves to relax Scotland’s coronavirus restrictions.

While Scotland’s top-flight clubs have been given the go-ahead to resume contact training, they are still waiting for permission to play friendly clashes.

Goodwin has lined up a behind-closed-door showdown with Hibernian at their East Mains training base on Saturday as well as further clashes against Hamilton and St Johnstone and is keen to get the fixtures rubber-stamped.

He said: “I’ll be tuning into Nicola Sturgeon’s briefing on Thursday and hopefully we’ll get the go ahead to get back playing on Saturday.

“I’m pretty sure we will get permission. The players have only got four weekends to go before the start of the season and we need to get at least three half-decent competitive friendlies by that point.

“It’ll be strange playing against teams from our own league but that’s the position we’re in.

“It will be a good test against Hibs if we get the go ahead. We’re not allowed to go on the team bus so the boys will need to go through in cars to ensure social distancing and there will be other measures once we get to Hibs’ training ground but once we’re up and running no-one will mind.”