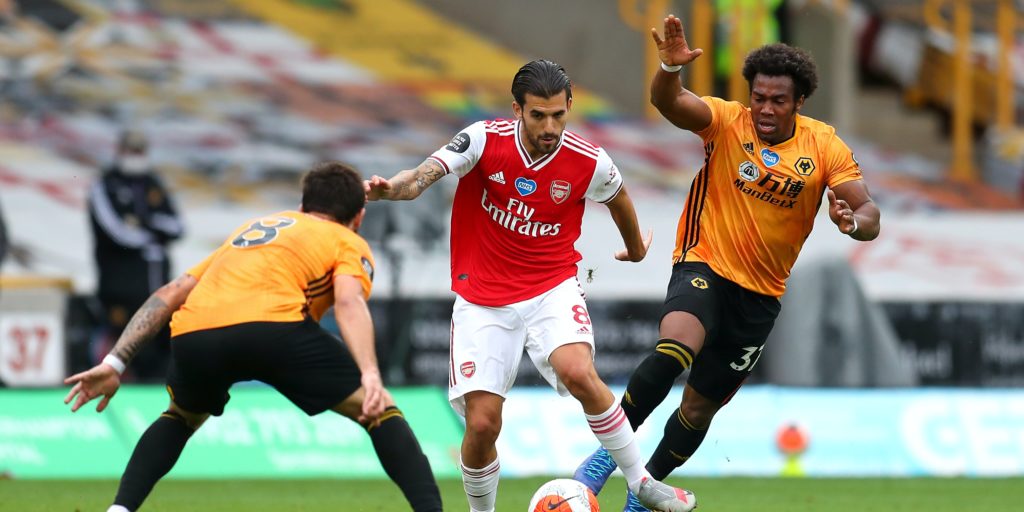 Ceballos showed his passion for the cause when he charged off the bench to celebrate Alexandre Lacazette’s goal at Wolves.

The 23-year-old Spaniard has become a key figure for the Gunners as his season-long loan has progressed, and he scored the last-minute winner in the FA Cup win over Sheffield United last weekend.

Ceballos also showed his passion for the cause when he charged off the bench back onto the pitch to celebrate Alexandre Lacazette’s clincher at Wolves on Saturday.

And that infectious enthusiasm has clearly rubbed off on Arteta, who said: “I am really happy with him.

“I love how much he likes to play football, the passion he puts into every training session and in every game. His celebrations, whether he’s on the pitch or on the bench, he puts his life into it.

“He’s evolving the right way and has become a really important player for us.

“We are talking to the club – obviously we don’t own the player, it’s not in our hands. The clubs need to have communication and see what we can do.”

But Arteta has told the 27-year-old he needs to maintain that consistency over a prolonged spell if he is to make the number one spot his own.

“That’s what he’s been trying to do for a long period now at the club,” said Arteta.

“As I said before, his preparation, his attitude has been spot on. He’s been very respectful, very patient and now that he has the opportunity, he’s grabbing it.

“At this level, it’s not about two, three, eight or 10 games, it’s about the consistency over a lot of games and that’s what he needs to prove now.”

Arsenal host Leicester on Tuesday evening but Arteta confirmed there will be no return to the squad for outcasts Mesut Ozil and Matteo Guendouzi.