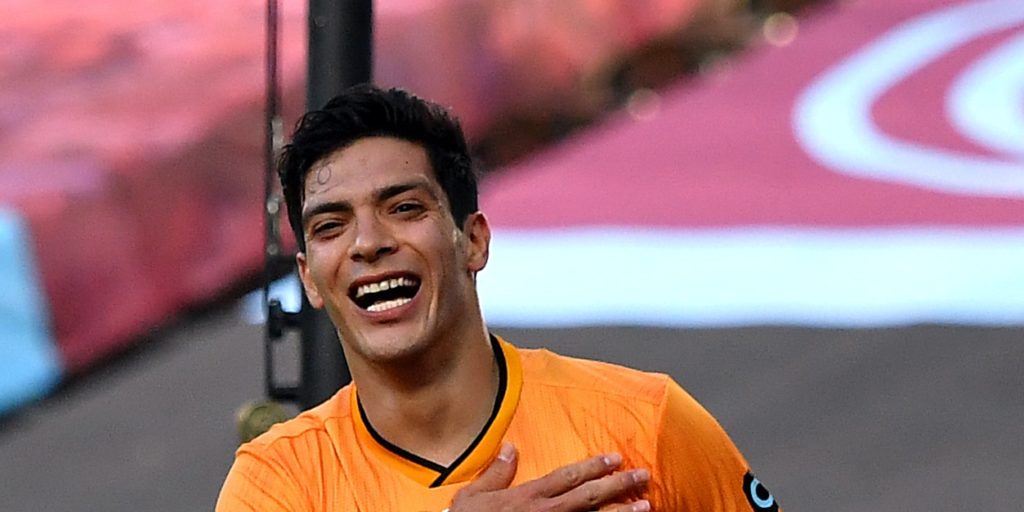 Jimenez has scored 24 goals for Wolves in all competitions this season.

The forward’s international boss believes Jimenez would be better off moving to Old Trafford over Juventus.

Jimenez has scored 24 times in all competitions this season to fire Wolves into sixth in the Premier League and the last 16 of the Europa League.

He has been linked with a move away from Molineux but, ahead of Wednesday’s trip to Sheffield United, Nuno remained relaxed about Martino’s comments.

He said: “It’s not an issue for us, we have a competition and a game to play. We have a lot of things in front of us. It’s not the moment to think about anything else. I’m sure Raul is totally, 100 per cent focused on what he has to do at Wolves.

“They are things which you can’t control, it’s up to you to decide if you pay attention or not. I admire Tata (Martino), he is a big manager, and honestly it doesn’t distract us.”

Jimenez has scored 33 per cent of Wolves’ Premier League goals with Nuno’s side five points behind Chelsea in the race for the top four.

It has led to Martino suggesting the 29-year-old should choose Manchester United ahead of a move to Turin.

“Looking at it from the outside today I cannot see a specialist number nine like Raul at United,” he told ESPN.

“There are many forwards like (Marcus) Rashford, (Anthony) Martial and the boy who now plays as right winger: (Mason) Greenwood but since Romelu Lukaku left I can’t see a pure number nine like Raul.

“At Juventus he will have more of a fight because (Cristiano) Ronaldo shares the inside of the pitch with whoever plays alongside him, with (Paulo) Dybala or with (Gonzalo) Higuain and maybe he has a tougher fight there.”

Wolves are aiming to hit back after Saturday’s 2-0 defeat to Arsenal ended their 100 per cent run since the Premier League resumed last month.

The Blades are four points behind in ninth with Nuno a huge fan of opposite number Chris Wilder.

He added: “We know Sheffield, I know Chris. When we played them I started looking at their process, they played the same players in League One and then he goes to the Championship and the Premier League with the same core – he is the real magician.”

Pedro Neto is a doubt after receiving a kick against the Gunners but Daniel Podence should be available.

The forward has been self-isolating after flying to Portugal last week for personal reasons but Wolves have received special dispensation.

The government had previously announced sports teams involved in elite competition will be granted exemption from the 14-day travel quarantine rule.