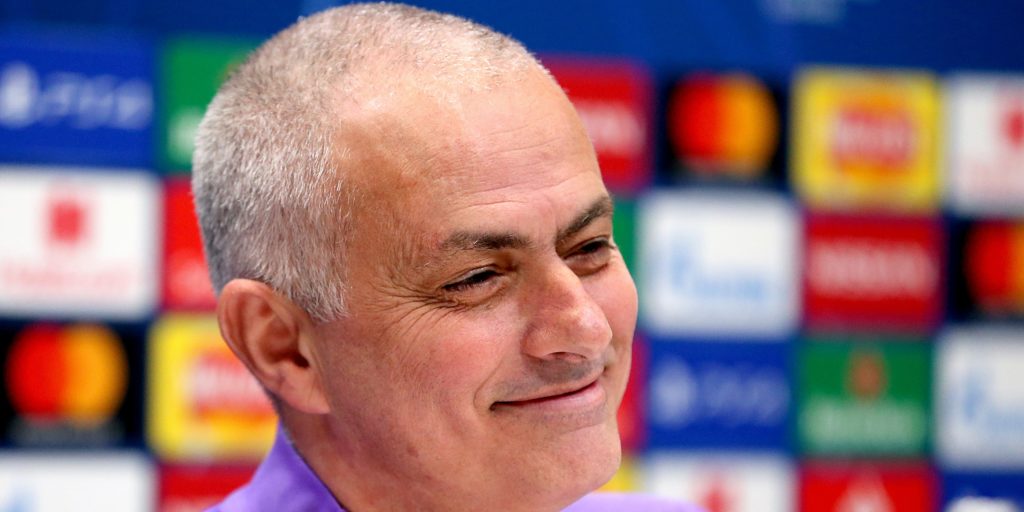 Hugo Lloris and Son Heung-min clashed at half-time of the 1-0 win over Everton.

Tottenham boss Jose Mourinho said he has no interest in winning the “Fair Play Cup” and was pleased to see Hugo Lloris and Son Heung-min clash at half-time of the 1-0 win over Everton.

Spurs captain Lloris and the South Korean were involved in a heated exchange on the way to the tunnel, which involved pushing and shoving, and had to be separated by team-mates.

France goalkeeper Lloris appeared angry at Son’s perceived lack of effort, but they soon made up and were hugging on the pitch at the end of the game, celebrating three points that came courtesy of Michael Keane’s first-half own-goal.

Mourinho said the spat should have taken place in the dressing room rather than on the pitch, but that is where his disapproval ended.

“A team of good boys, a team of nice boys, the only thing they can win at the end of the season is the Fair Play Cup. Something I have never won and have no interest in winning that,” he said.

“You have to have a certain characteristics. I don’t like a team without communication in a critical way.

“What happened should not happen on the pitch, it should happen inside the dressing room, but I promise you my winning teams we had big fights, big fights in the team.

“When I was arriving (in the dressing room) I saw the back of it, everything was over and they were hugging each other. In the last minute of the first half it ended with a Richarlison shot, Hugo thought that in that minute of the game attacking players should do a little bit more.

“Hugo was arguing with Son and Son with him, I wanted to make sure the players understood I was happy with that.

“When I told them that I think they realised that nothing was wrong.”

Lloris also played down the incident, saying that the disagreement is part of football.

He told Sky Sports: “It just belongs to the changing room. Outside you can say whatever you want. What happened is just part of football sometimes.

“There is no problem at all, you could see after the game we were fine. I think to concede a chance a few seconds before half-time because we didn’t make a press annoyed me but yeah, that’s football.”

That drama was the main talking point of an insipid game, settled by Keane’s first-half own goal.

The win reignites Spurs’ European hopes as they move back into eighth ahead of a midweek round of Premier League fixtures.

Everton never really threatened and only forced Lloris into routine saves in a defeat which damages their own European ambitions.

They are four points behind Spurs in eighth, which could be enough to qualify for the Europa League, but boss Carlo Ancelotti has not given up hope.

“It is more difficult but we are still there,” he said. “In five games we have three home games and two away, we have to fight until the end.

“We have less possibility after this defeat but nothing is lost. We have to keep the fighting spirit until the end. We have to be focused on the next game and focus on three points.

“Where we lost the game was on the fight in the middle of the pitch. We lost a lot of second balls and we were not in total control of the game.

“We competed until the end, we didn’t concede a lot of opportunities, but we didn’t have a lot of chances.”