St Mirren bring in Nathan Sheron on loan from Fleetwood 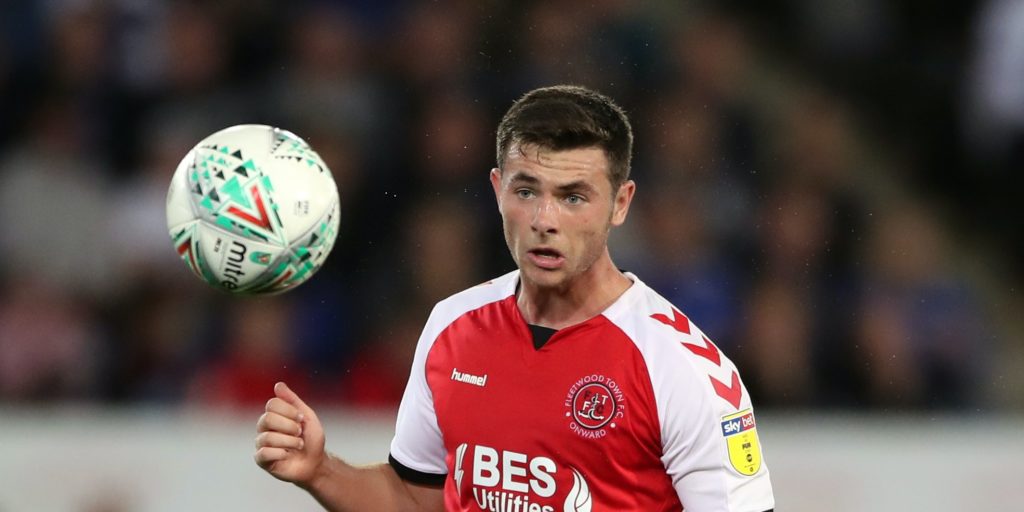 The 22-year-old is a versatile player.

St Mirren have completed their third signing of the summer after securing Fleetwood midfielder Nathan Sheron on a season-long loan.

Fleetwood boss Joey Barton has an option to recall the 22-year-old in January but the former Liverpool youngster is looking forward to joining up with Jim Goodwin’s squad.

Sheron – who follows Richard Tait and Jak Alnwick in making the move to Paisley – told the club’s official website: “I’m really looking forward to it.

“I’ve had nothing but good vibes from the club and it’s a really exciting time for myself.

“I got off the phone with the gaffer and he really sold the club to me. It was brilliant and I’m really looking forward to working with him.

“I’m a defensive midfielder. I’ll work hard, I’ll get myself stuck in and put up a fight.”

Goodwin was delighted with the signing and believes Sheron – who spent last season on loan at Walsall – will be a hit with the fans.

The Irishman said: “Nathan is coming to us as a holding midfielder but he can play at centre-half and he has played at right-back in the past also.

“I felt last season that we were missing was someone in the middle of the pitch that could be disciplined, that can sit in front of the back four, break things up and be difficult for the opposition to play against.

“Nathan’s a great addition and hopefully another couple more to come after that in the not too distant future.”