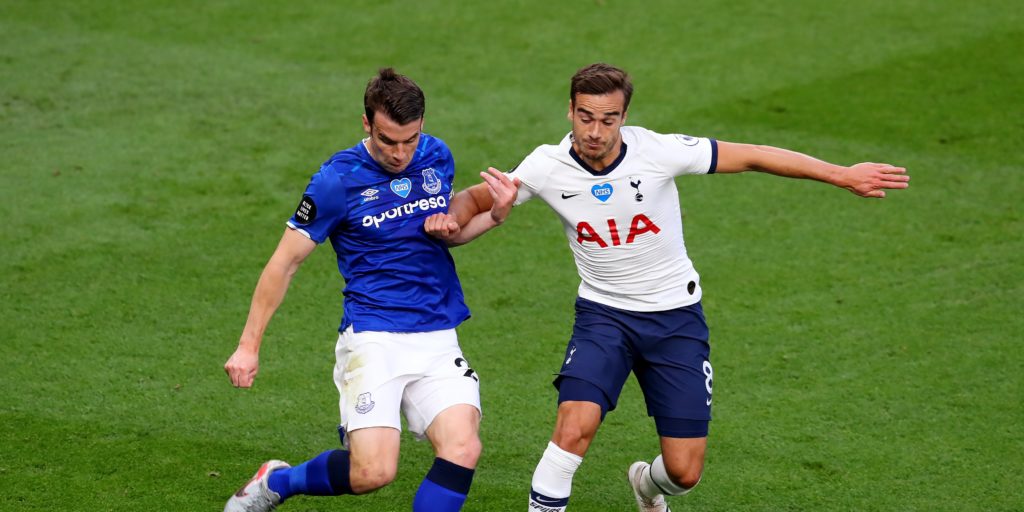 Hugo Lloris and Son Heung-min were involved in a heated exchange just before half-time against the Toffees.

Harry Winks says it is regular practice at Tottenham to criticise each other after Hugo Lloris and Son Heung-min clashed during Monday night’s 1-0 win over Everton.

Captain Lloris confronted the South Korean over a perceived lack of effort in the build-up to an Everton chance just before half-time at the Tottenham Hotspur Stadium.

Spurs were leading through Michael Keane’s own goal at the time and Lloris felt Son should have done more to protect his side’s advantage.

The pair had to be separated at the interval, with midfielder Winks involved in stopping the pushing and shoving.

It got a ringing endorsement from boss Jose Mourinho and the England international says there are often strong words.

“I wouldn’t say we’re too nice,” Winks said. “We’ve been on the receiving end of each other’s critiques before, after some defeats or games when we haven’t been right. We’ve told each other.

“After the game against Sheffield United, it wasn’t a pretty game, it wasn’t a good game to be involved in and we had some words to say to each other.

“The most important thing we can do is show it on the pitch.

“We can say stuff in the changing rooms and in team meetings but we have to show it on the pitch and I think (Monday) was a step in the right direction.”

Mourinho publicly questioned his side’s mentality after that 3-1 defeat at Bramall Lane last Thursday, when they collapsed after a VAR decision went against them, but Winks said consistency is their main issue.

“I think we have got a strong mentally. Especially when the manager’s come in, we’ve got some positive performances and results,” Winks added.

“Our problem has really been consistency and that’s something we have to work on going forward.

“If we want to challenge for the Premier League or be around the top four, it’s important we have consistency. That’s really been our problem this season.”

Champions League football looks off Spurs’ radar next term, but the win over Everton does at least reignite their Europa League hopes.

It does not do much good for the Toffees, though, who slipped four points behind Spurs in the race after a limp display.

A disappointing night was made worse by a first-half injury to Mason Holgate, who left north London on crutches and in an ankle boot.

Holgate will be assessed and manager Carlo Ancelotti says it is too soon for a prognosis.

“He had a knock, I don’t know what happened,” the Italian said. “We are going to check.

“I hope he will recover soon.”