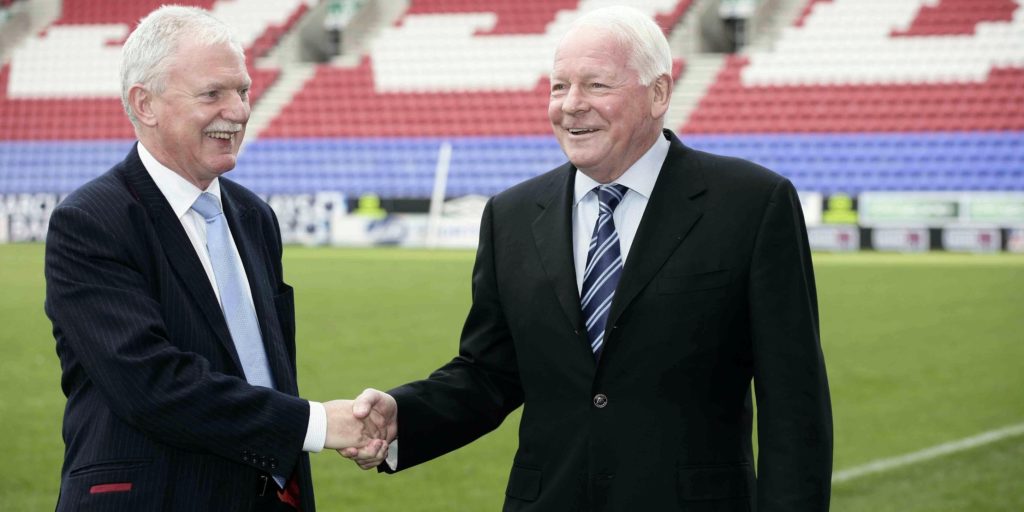 Lenagan, Darryl Eales and Gary Speakman are looking to help the Latics.

The Latics were put into administration last week, having only changed hands last month.

Local MP Lisa Nandy has written to the government and the English Football League asking for an inquiry as the 2013 FA Cup winners stare down the barrel.

The immediate priority for administrators is finding a buyer and Lenagan, along with Darryl Eales and Gary Speakman, is keen to save the Sky Bet Championship club.

A statement read: “Being born and bred in Wigan, Ian Lenagan and Gary Speakman understand what both clubs mean to the local community.

“We strongly believe that Wigan Athletic is better being locally-owned.

“As sustainability and ownership of the stadium is equally important to both clubs, we are currently working with our longstanding advisers KPMG and talking to external parties.

“Our intention is to identify other investors quickly and start due diligence on the football club with the intention of making a bid in due course.

“We have made the administrators aware of our interest and hope to explore this with them further over the days ahead.

“Wigan Warriors and Wigan Athletic are both local sporting institutions and it is our belief that this is a unique opportunity here to bring the ownership of these two great clubs together under one roof, each operating independently as before, but under a Wigan Sporting Partnership banner.

“It is envisaged that each club would retain all its training grounds, management and facilities.”

Lenagan was previously chairman at League One play-off finalists Oxford and recently spent a term as EFL chairman, having replaced Greg Clarke in the role in 2016.