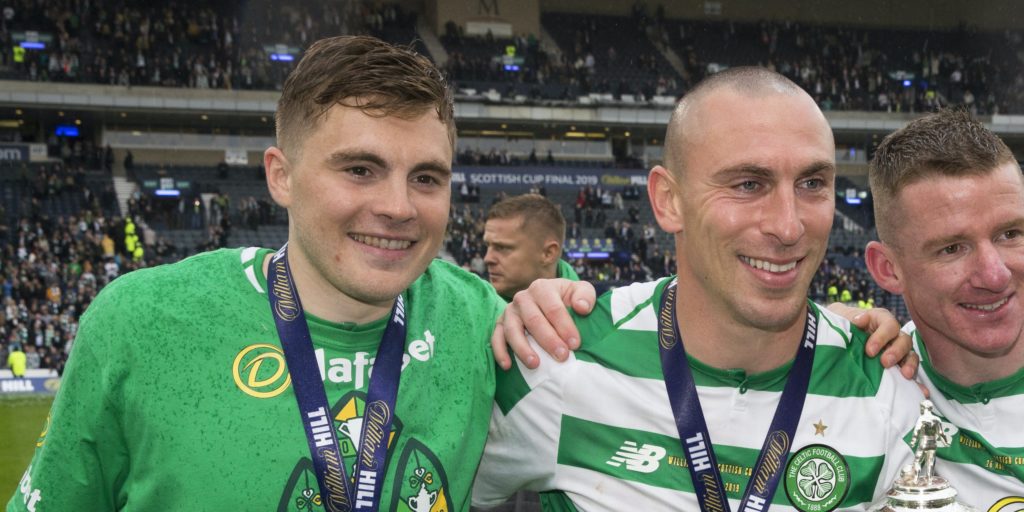 The 29-year-old is five appearances away from the 400 mark for the Hoops.

James Forrest insists it will be business as usual for Celtic as they hunt down a record-breaking 10th straight title.

The Hoops wideman – who turned 29 on Tuesday – has been there from the beginning of the Parkhead side’s long run of dominance, racking up nine league winner’s medals, five Scottish Cups and five League Cups.

The pressure is set to be ratcheted up as Neil Lennon’s men look to claim another historic win, but Forrest is well used to operating under the strain of expectation.

The Scotland winger – who is just five shy of registering 400 games for Celtic – told the Celtic View: “It’s been a crazy journey for me. There have been so many memories, cups, league titles, games in the Champions League – there have been so many highs. When you win stuff, once you get a taste of it, you want more.

“What the club has done in the last 10 years is amazing and it’s great to be a part of it. Celtic is massive on its academy side.

“They’re always bringing good players through, and it’s good that players get their chance in the first team as well.

“It’s great to have players who have been through the ranks and know what the club is all about.

“Every year with Celtic there is always pressure right from the start of the season. We’re always expected to be challenging for the title and the cups. For us, this season coming won’t be any different.”

Scott Brown is the only other member of Lennon’s squad to have a complete set of nine league titles and friend Forrest believes the skipper’s influence will be as crucial this year as it has been in every season since they kicked off their reign of glory back in 2011.

“When you’ve got Broony there, he’s non-stop every day in training,” Forrest said. “He’s constant and I think that rubs off on the Scottish guys and the foreign guys, and that’s great to have.

“Anyone you speak to – whether they’re here or have left or just arrived – will tell you how important Broony is here as a captain.

“When new guys come in, they maybe don’t realise how important he is until they’re in there in the changing room and playing with him.

“Right from the first trophy until now, I still think the same. He’s kept his standards up so high and that’s full credit to him. That’s helped the club massively.”