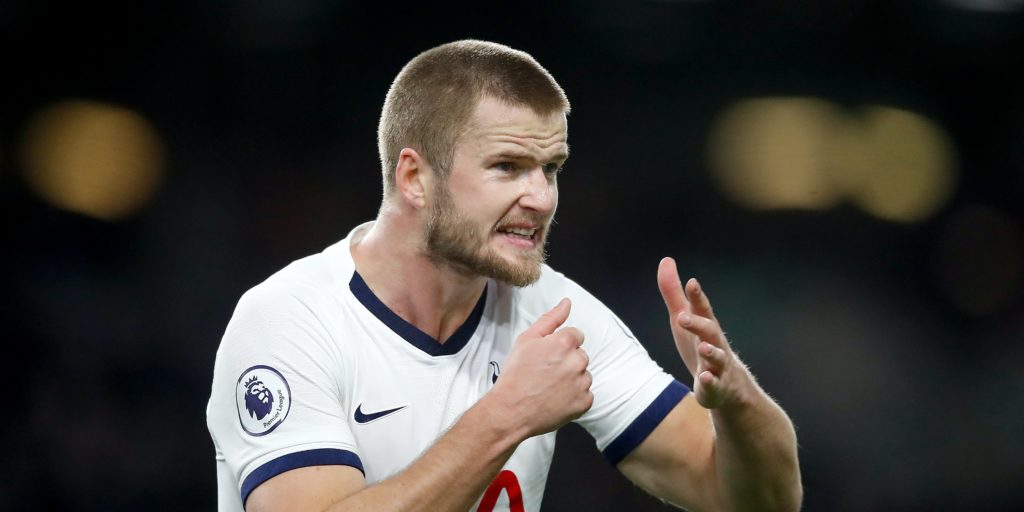 Dier has been punished after confronting a fan following the FA Cup loss to Norwich on March 4.

Eric Dier has been banned for four matches after an independent panel ruled it was not his sole intention to protect his brother when he entered the stands after Tottenham’s FA Cup exit to Norwich and that his behaviour was “objectively threatening”.

The England international has also been fined GBP 40,000 by the Football Association following a charge of misconduct, which resulted from the incident on March 4.

Dier, whose team had just lost a penalty shootout, saw his brother involved in an altercation with a fan and raced to his aid. There was no physical exchange and the matter was not pursued by the Metropolitan Police after a brief investigation.

The 26-year-old accepted the misconduct charge, but denied his behaviour was threatening and argued his intention was only to protect his brother Patrick.

The spectator involved told police in a statement that he was acting like “an idiot” and did not feel threatened.

However, the panel chose not to believe the statement, which was not released by police and had to be communicated to the process via Dier’s solicitor, instead deciding the fan was scared based on video footage.

The fan was shown racing towards an exit as Dier climbed the stands, while another piece of footage, which appears pivotal in the case, captured Dier going towards the fan rather than his brother.

The written reasons from the panel in the case read: “We are quite satisfied on the balance of probabilities, that Eric Diers’s conduct in (1) chasing the spectator through the well populated stand; (2) passing through supporters; (3) causing some to move out of his way; (4) over the distance; (5) for the time; and (6) in the manner he did, was objectively threatening.

“We appreciate some filmed the incident and others simply watched. But, that of itself does not prevent it being, when viewed objectively, threatening.

“His conduct caused or contributed to the spectator fleeing. It is also no doubt why a number of people held him back from exit 103 and stopped him from pursuing the fleeing spectator.

“Eric Dier’s conduct may not have been threatening to those holding him back, but we are satisfied it was threatening towards the spectator, and also when viewed objectively.”

The panel ruled that the aggravating factors included the distance Dier travelled through a stand heavily populated by spectators, pursuing the spectator after he had moved away and posed no threat to Dier’s brother and that he is a high-profile footballer.

Dier said in a statement during the disciplinary process: “I instinctively jumped over the barrier and began climbing the rows of seats towards Patrick and the three men.

“All that was going through my mind was that I must protect Patrick. In hindsight I feel even more responsible for his safety. He had gone to the game to support me, and he had become upset by the personal abuse being yelled at me, and that had led him into this situation.

“At no point did I say or do anything in a threatening way. Had I reached the supporter and the other two men at any time, my priority was to get to Patrick and get him away from the situation.

“Had I had the opportunity I would have also asked the supporter why he was abusing me in that manner.

“I have never had any problem with strong criticism of me as a footballer from the stands and football is all about opinions; that is one of the reasons I love it so much. However, any kind of abuse which is personal and vitriolic I find unacceptable and would be unacceptable anywhere.”

The punishment, which rules Dier out for all but one of Spurs’ remaining Premier League games this season, is sure to enrage boss Jose Mourinho, who has defended his player on the matter from the off.

He recently said that he did not expect Dier to receive any punishment after the FA chose not to sanction Arsenal’s Matteo Guendouzi for grabbing Brighton striker Neal Maupay around the neck.

Dier’s absence will be a blow for Spurs in their pursuit of European football next season as he has been an impressive performer in central defence since the season restarted last month.