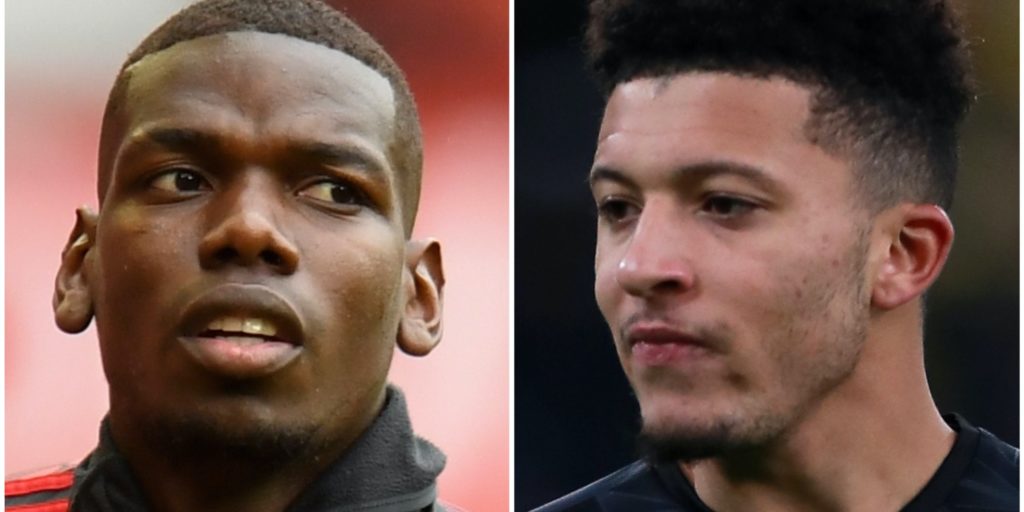 Real Madrid boss Zinedine Zidane is set to renew his interest in Manchester United midfielder Paul Pogba. Zidane is said to have been disappointed at missing out on the France international last summer and still views him as an ideal addition to his squad, reports L’Equipe.

Manchester United have been given a deadline of August 10 to secure the signature of Borussia Dortmund winger Jadon Sancho. The Daily Mirror says the Bundesliga side are refusing to sell the 20-year-old England player cheaply and want GBP 90million for him. Dortmund want any potential contract signed before they travel to Switzerland for a training camp.

Tammy Abraham thinks he is worth at least as much as fellow Chelsea academy graduate Callum Hudson-Odoi and wants to be paid as such. The Times reports the England forward, 22, has told the Blues he wants a new deal worth GBP 130,000 a week.

The Daily Telegraph reports that fears Ryan Sessegnon‘s development is stalling under Jose Mourinho may see the young player forced out of Tottenham. The 20-year-old has not played a single minute for Spurs since the Premier League restarted, leading to talk he will be loaned out once the season concludes.

The Evening Standard says one possible destination for Sessegnon, who can play at left-back or as a winger, is Barcelona. The paper reports the Spanish giants have asked Tottenham about signing the player and team-mate Tanguy Ndombele in part-exchange deals. The 23-year-old French midfielder has played just 19 minutes since the restart, though he may start against Bournemouth on Thursday.

Adama Traore: Manchester City and Juventus are now the leading contenders for the 24-year-old Spanish Wolves winger’s signature, according to ESPN.