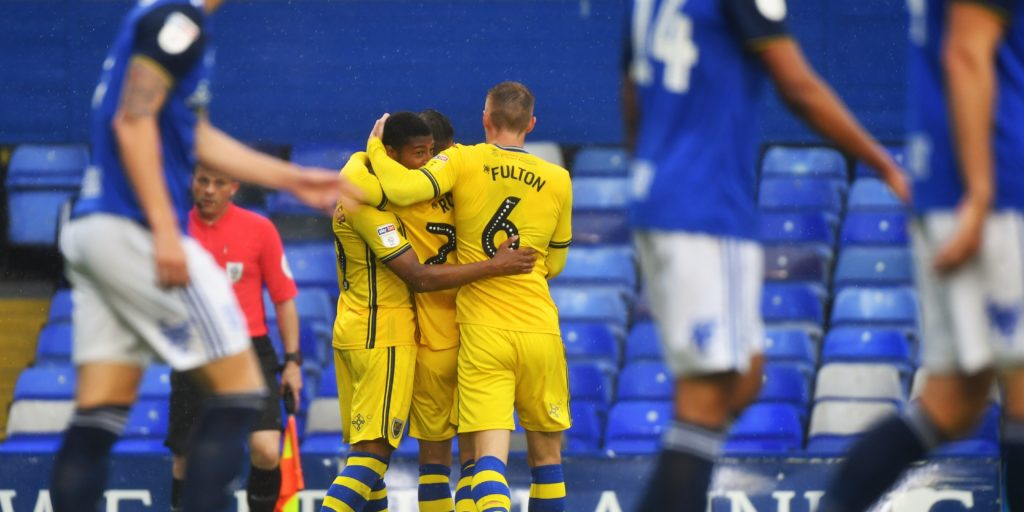 The Swans are a point outside the play-off places.

Swansea strengthened their Sky Bet Championship play-off claims after piling on more woe for Birmingham City with a 3-1 win at St Andrew’s.

The South Wales side came from behind after Lukas Jutkiewicz’s fifth-minute opener as on-loan Liverpool forward Rhian Brewster, Ben Cabango and Jay Fulton turned the game on its head.

A second successive victory for Steve Cooper’s side saw them move within a point and a place of the top six behind fierce rivals Cardiff, while Brewster made it eight goals in 16 games since his arrival from Anfield in January.

But the result prolonged the frustration for Blues, who are now 10 games without a win in the Championship.

They have taken just six points out of a possible 30 under departing head coach Pep Clotet and have conceded three times in each of their last five home games.

It was an all-action start at St. Andrew’s with chances at both ends and two goals in the first 12 minutes.

Jutkiewicz saw a powerful header palmed away by goalkeeper Freddie Woodman diving to his left.

But the striker was not to be denied a second time as he stooped to nod home in the fifth minute after team-mates Kristian Pedersen and Jake Clarke-Salter tussled for Dan Crowley’s cross.

Birmingham captain Jutkiewicz has now matched his season’s career-best tally of 14 goals after his first goal in nine games.

Brewster was inches away for Swansea with a towering header that bounced just wide from Jake Bidwell’s up-and-under cross.

But England Under-21s international Brewster made no mistake when he rifled in a falling volley after Connor Roberts nodded back Conor Gallagher’s cross.

The Blues tried to hit back and Scott Hogan’s shot on the turn was blocked by Cabango and Gary Gardner headed inches over from Jeremie Bela’s corner.

At the other end Swansea captain Matt Grimes whistled a low left-foot drive narrowly off target on his 100th appearance for the club.

The visitors took the lead in the 45th minute when Cabango bundled home the first goal of his career to punish poor defending after Clarke-Salter diverted Roberts’ centre into his path.

Blues brought on Jude Bellingham at half-time for the out-of-sorts Hogan, but their plight was about to get worse.

Fulton made it 3-1 seven minutes into the period with a mishit shot when Blues left him unmarked 15 yards out from Grimes’ corner.

The hosts tried to respond but Bela’s first-time effort deflected wide and Jutkiewicz poked straight at Woodman when clean through.

Brewster wasted the chance to give his team-mates some respite from a late aerial onslaught when he lobbed too close to keeper Lee Camp when clean through.

But Swansea defended superbly as Blues launched cross after cross in the torrential rain.