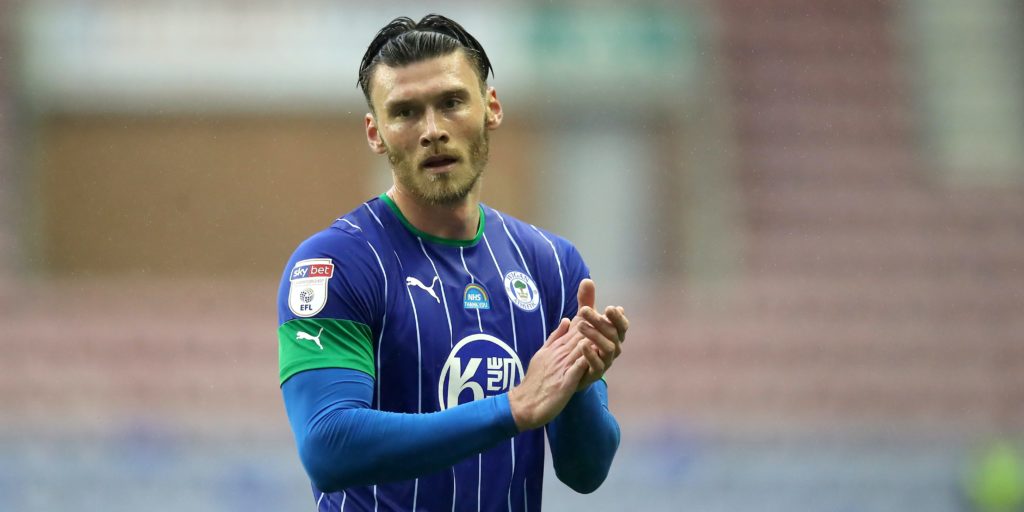 Wigan’s hopes of avoiding the drop were boosted as Kieffer Moore’s first-half strike earned the beleaguered Championship outfit a 1-0 win over QPR at a rain-soaked DW Stadium.

Playing at home for the first time since last week’s announcement that they had entered administration, Latics went ahead in the 33rd minute when Moore rifled a shot past Joe Lumley having been played in by Sam Morsy.

Moore nearly added a second after the interval, while QPR’s closest attempt was an Ilias Chair shot saved in fine style by David Marshall.

The result leaves Wigan eight points above the relegation zone with four games left to play.

But having entered administration, the club face a 12-point penalty – against which they are appealing – that will be applied this season if Paul Cook’s men finish outside the bottom three.

The threat of relegation remains considerable, but Cook and his players will not be lacking in belief following this seventh win in nine games as they bounced back from Saturday’s 3-0 loss at Brentford.

Meanwhile, Mark Warburton’s QPR, despite a fourth loss in five, are also eight points above the drop zone.

Wigan made a lively start, with Jamal Lowe’s strike bringing a stop out of Lumley in the fourth minute.

Kal Naismith had a shot deflected wide moments later and then slid to get a foot to a Moore cross but was unable to get his effort on target.

After Moore subsequently just failed to connect with a fine Kieran Dowell pass into the box, Marshall made his first save in the 23rd minute, dealing with a Bright Osayi-Samuel attempt from distance with ease.

The hosts then grabbed the lead when skipper Morsy drove forward from midfield and fed Moore, who lashed the ball past Lumley.

While QPR mustered little in response, Wigan exerted more pressure just before the break as Naismith saw a drive from 30 yards out parried by Lumley, who also grabbed a Moore header.

Moore then came close to doubling the advantage in the 51st minute as he fired narrowly wide, before Marshall made a superb stop around the hour mark to keep out Chair’s strike.

The counter-attack that followed then saw Lowe carry the ball to the QPR box, where he was denied by a Lumley block.

Wigan threatened again in the 82nd minute as Danny Fox headed a corner over, then saw out a nervy last few minutes before the final whistle confirmed three points were secure.