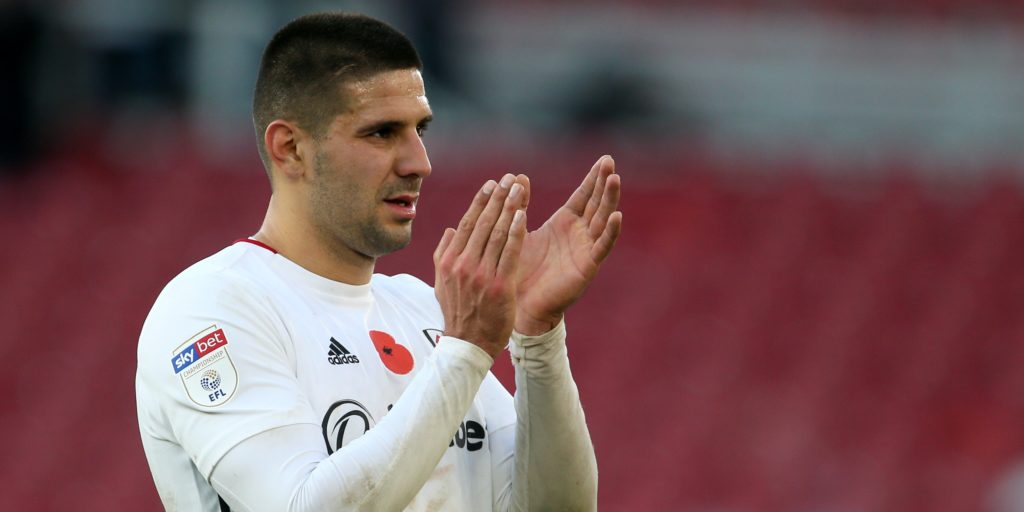 The Serbian has completed a three-game retrospective ban.

Fulham striker Aleksandar Mitrovic is back in contention for the home clash with Cardiff.

Harry Arter will be monitored after sustaining a knock at the City Ground, while the Cottagers will once again be without Tom Cairney.

Boss Scott Parker is not overly concerned by his skipper’s injury, however, and said: “I don’t think it’s a big one, it’s not one which we’re too concerned about, but the dynamics of the division and the games schedule means you’re missing games with just a week’s injury, or a 10-day injury you can be missing three or four games.”

Winger Nathaniel Mendez-Laing returns to the Cardiff squad after missing Tuesday’s game against Blackburn to attend the birth of his first child.

“It’s a nice boost for him,” manager Neil Harris told a press conference. “Naturally he’ll have a spring in his step as I’m sure the fatigue and lack of sleep will come in a few weeks’ time!”

Lee Tomlin will be assessed as he continues to struggle with medial ligament damage sustained in February. The forward has yet to start a game since the resumption but has been used from the bench.

Robert Glatzel is likely to lead the line once again after taking his tally to three goals in four matches in the 3-2 defeat to Rovers.