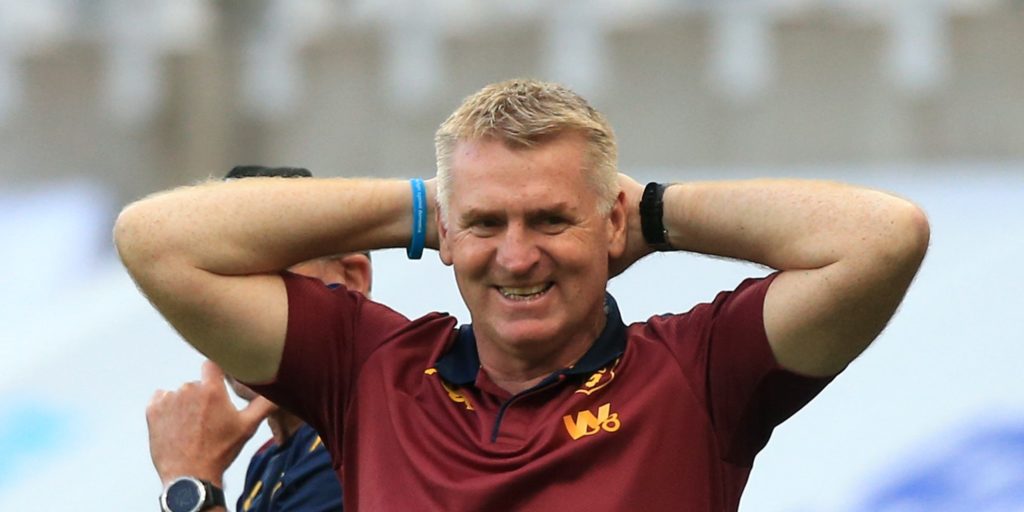 Smith’s relegation-threatened side have not won in the league since January and have taken just two points from a possible 27 since then.

Aston Villa head coach Dean Smith accepts it is “crunch time” for the club with five matches left to save their Premier League status.

Villa have taken just two points from five matches since the resumption, leaving them four points from safety.

Smith admits he never thought they would be in a relegation battle this season having come up via a Wembley play-off final victory, but remains optimistic they can survive.

“I think everybody can see that home advantage at the moment has disappeared massively. You don’t have your home fans there and dragging us through it at times, so you certainly miss that.

“You rely then on team spirit and the camaraderie of the squad. I feel we’ve shown we’ve got that but we haven’t got a points tally to go with it.

“We need scoreboard pressure now. We need to go and get some points.”

Asked whether he ever envisaged being in a relegation battle, he replied: “No, I thought we would have a little bit more, if I’m honest.

“I didn’t think we would be a top-six team. I knew it would be tough. We’ve also experienced some big injuries during the season as well that have hampered us.

“We lost some of our big players and didn’t handle it well enough at the time.”

Despite the club’s slide – they have not won in the league since January and have taken just two points from a possible 27 since then – Smith remains upbeat.

“I’m handling it fine,” he said. “I’ve been in this position before at a different level against different quality opposition.

“The added pressure I have here is that most of the family are Villa fans so they probably find the pressure tougher than I do.

“I think we surprised people with our performance at Liverpool (2-0 loss on Sunday) but ultimately we came away with nothing and I said I don’t want to be a valiant loser.

“We need points, we need scoreboard pressure. So we’ll be going all out to get that win against United.

“But we’ll certainly need a performance similar to what we had against Liverpool.”