Home News Eric Dier met with fan who he confronted in the stands, says Jose Mourinho

Eric Dier met with fan who he confronted in the stands, says Jose Mourinho 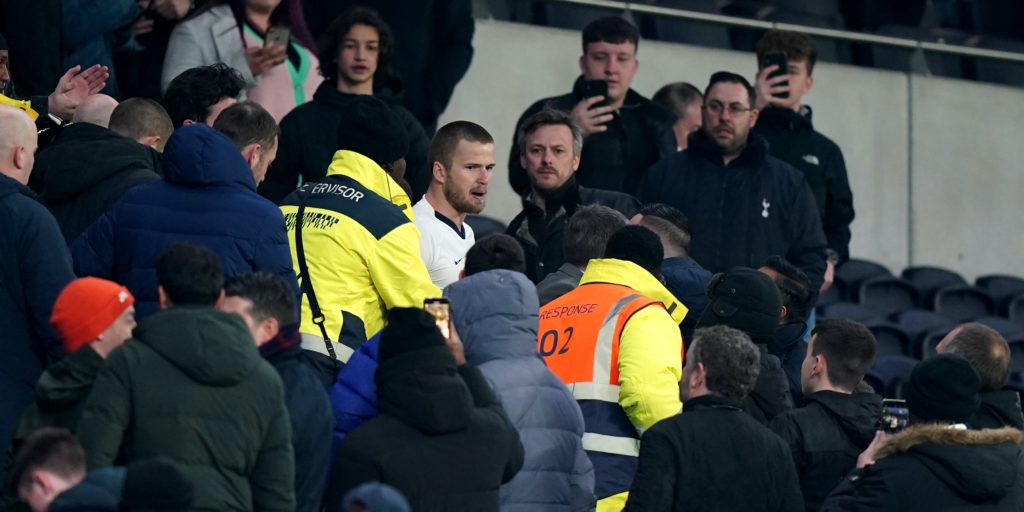 The Tottenham defender will serve a four-match ban for his actions in March’s FA Cup tie.

Jose Mourinho has revealed Eric Dier has met the Tottenham fan whose abuse led him to climb into the stands and confront him.

The central defender has received a four-match suspension and GBP 40,000 fine for his actions after an FA Cup defeat to Norwich in March where Dier’s brother became involved.

An independent panel ruled that Dier’s behaviour was “objectively threatening” and it was not his sole intention to protect his brother.

The spectator involved told police in a statement that he was acting like “an idiot” and did not feel threatened and reiterated those feelings to Dier at their meeting, which Mourinho thought would have been enough for a “fair decision”.

“We are very well paid but we have families and friends that support us in the stadiums. So I think it was a good opportunity for that fan to turn his profile and become a different fan.

“It was Dier’s own decision to do it, because the person in this case, first of all, is a Tottenham fan and was sorry about what happened.

“The way I was told he had the dignity to want to apologise to him. It was a nice thing that, in normal circumstances, especially after saying that he never felt under threat at any moment of the situation, would be enough for a fair decision.”

Mourinho was reluctant to discuss his true feelings on Dier’s sanction for fear of receiving his own punishment.

But he did say that the people in power are not in touch with the game.

“My feeling is that in the majority of the cases, football is not protected by the people that are powerful and doesn’t belong to this world,” he said.

“That’s simply my feeling. Powerful people – that doesn’t belong to the tribe. And they don’t have the feelings.

“They don’t have the know-how, and it’s very, very difficult to lead something when you don’t have a clue about the world that you are leading.”

Mourinho has been defensive of Dier from the off and said he would not agree if the club also decided to punish their player.

It has been revealed that any internal action was postponed until the end of the Football Association’s disciplinary process, but the Portuguese’s position has not changed.