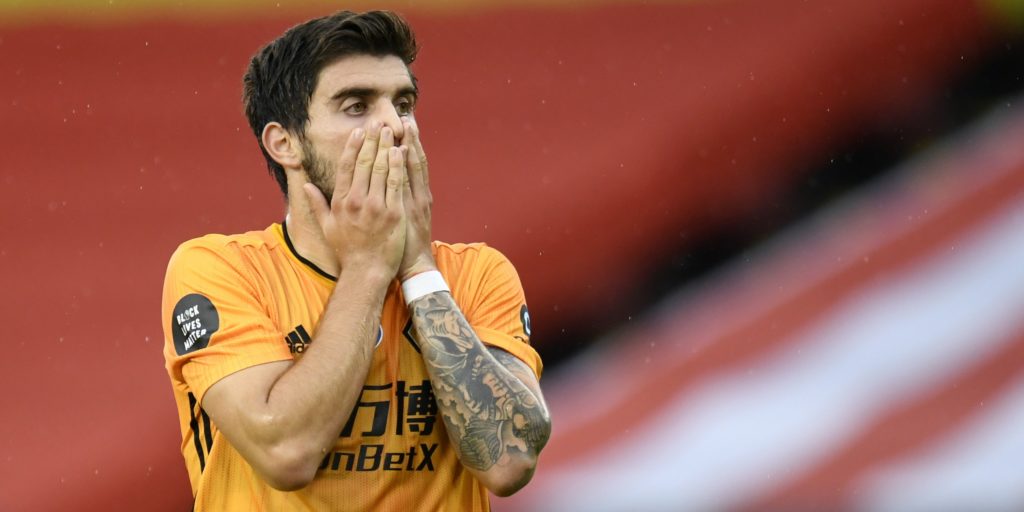 Wolves midfielder Ruben Neves insists it is all to play for in the Premier League as the race for the European places looks set to go down to the wire.

Successive defeats for Wanderers have likely ended their hopes of making the Champions League, although they could still qualify for the competition should they win the Europa League next month.

Wednesday’s stoppage-time loss to Sheffield United has opened the door for a handful of clubs pursuing Nuno Espirito Santo’s side, most notably the Blades who are now just a point behind, with just four points separating fifth-placed Wanderers and Tottenham in 10th spot.

Neves, who struck the crossbar with a free-kick at Bramall Lane when the score was goalless, is targeting four wins from Wolves’ remaining four matches to ensure they are the team who do not miss out on European qualification.

He told the club website: “We controlled it well until the last minute. There’s still a lot of games to go and we want to win the next one.

“It’s all about improving. We’ll look to this game later and see what we did bad, to improve for the next one, it’s all about that.

“Of course, we want to be as high in the table as possible, but we keep our philosophy, going game by game. Unfortunately, we’ve lost the last two games but we have four to go and let’s try to win every single one.

“Now we are just thinking about Sunday because it’s the next game and, for us, it’s the most important one.”

Blades boss Chris Wilder hailed John Egan for his performances recently and was also pleased to see the return of fellow defender Jack O’Connell from injury.

“John Egan typifies our performances,” said Wilder. “Look at the players he’s played against in the last week or so – (Alexandre) Lacazette, Harry Kane, Jay Rodriguez and (Raul) Jimenez. All top strikers in the league.

“Him coming back to his best and everyone else around him has given us the opportunity to produce a performance like that.

“Jack being back was a big plus as well. I think in an ideal world we would’ve given him another week to 10 days but I thought it was important we got him back out on the grass.”