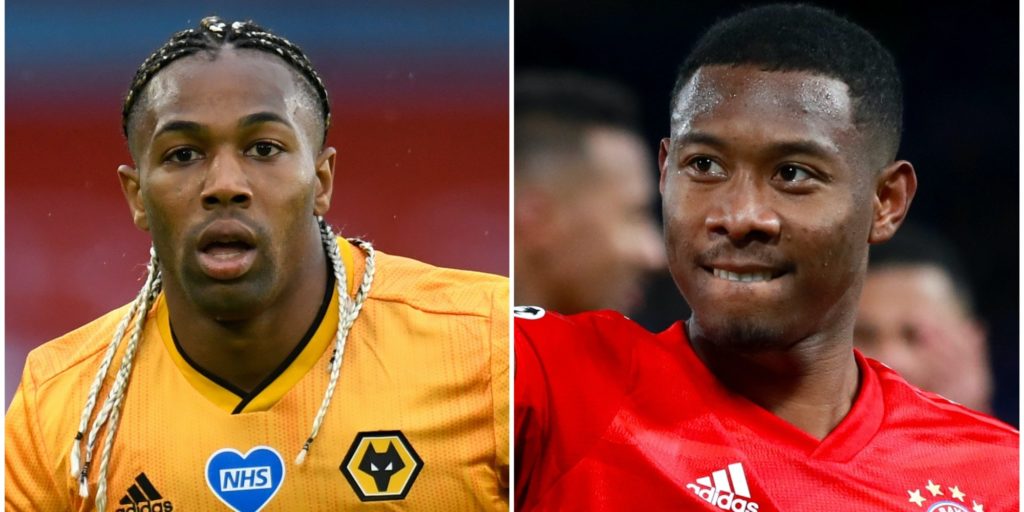 Moves for Alaba and Traore make headlines on Friday.

Adama Traore, who has forged a key role in Wolves’ starting XI, is wanted by Juventus, reports the Daily Mail. The Serie A giants are looking to sign the winger and could offer goalkeeper Mattia Perin and defenders Daniele Rugani and Cristian Romero as an exchange for the 24-year-old, the paper says.

Manchester City could bolster their defence over the summer with the signing of Bayern Munich’s David Alaba, according to the Daily Mirror. Manager Pep Guardiola is said to have run the rule over the Austrian left-back.

Tottenham are still confident a deal can be struck with Eric Dier, says the Daily Mail. The north London club and the England international are in discussion over a new deal, with wages reported to be a sticking point.

John Stones is looking to prove his worth at Manchester City, reports the Daily Mail. There are question marks over his future at the Etihad amid discussion over Eric Garcia, who is wanted by Barcelona.

A host of clubs are looking to make a move for Brighton’s Haydon Roberts, with Leeds, Brentford, and Derby among the English sides interested, alongside RB Leipzig and Mainz in Germany, says the Daily Telegraph.

Luke Jovic: The Serbian forward, previously linked with Leicester, is not needed by Real Madrid and the club will listen to offers, reports Marca.

Jadon Sancho: Borussia Dortmund have lined up replacements for the England winger if he leaves over the summer, says Kicker.