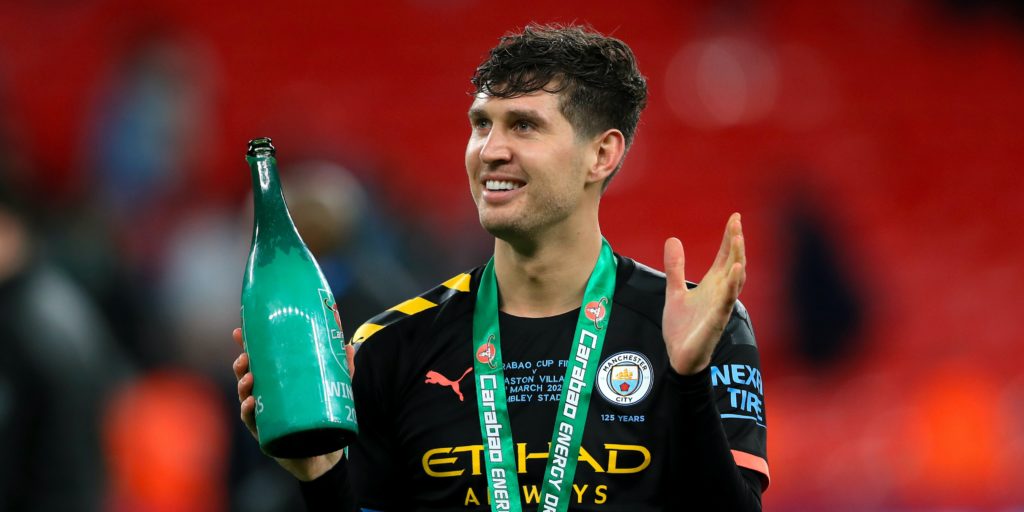 City are bidding to retain the FA Cup and win the Champions League for the first time.

John Stones is determined to be at the forefront of Manchester City’s continuing push for glory.

The England defender is convinced City remain the best team in the country despite surrendering their Premier League crown to Liverpool after two successive triumphs.

They will hope to prove their enduring class as they bid to retain the FA Cup and win the Champions League for the first time.

After a season affected by form and fitness problems, Stones is anxious to be part of it.

The 26-year-old, who returned to the side for Wednesday’s 5-0 thrashing of Newcastle, said: “For me personally, coming into the game was exciting and challenging.

“Even though the Premier League has been won we are still fighting for trophies.

“We are quietly confident we are (still the best). We know our ability and the standard we have set for ourselves in the dressing room.

“Playing at this high standard every three or four days is something to be very proud of. That’s what we keep striving to do.

“We want to finish this season off and take it into next season, keeping our standards and trying to better ourselves – defensively and taking our chances.”

Stones’ reference to next season clearly suggests he sees his future at the Etihad Stadium.

There has been speculation about whether he might move on, with even manager Pep Guardiola not giving a categorical answer when asked about the matter this week.

But for Stones the priority is to keep fit and perform well in what has been a problem position for City this season.

The former Everton centre-back had been raring to go only to suffer an ankle injury as football prepared to resume following the coronavirus stoppage.

He said: “I picked up an injury really early after we came back and that kept me out for over a month.

“That was frustrating after the lockdown period when I’d worked so hard, kept myself fit and felt like I was in the best condition I’ve been in. So it feels great to be back.

“I feel fit and healthy, ready to fight for the Champions League and every competition we are in. They are exciting times.”