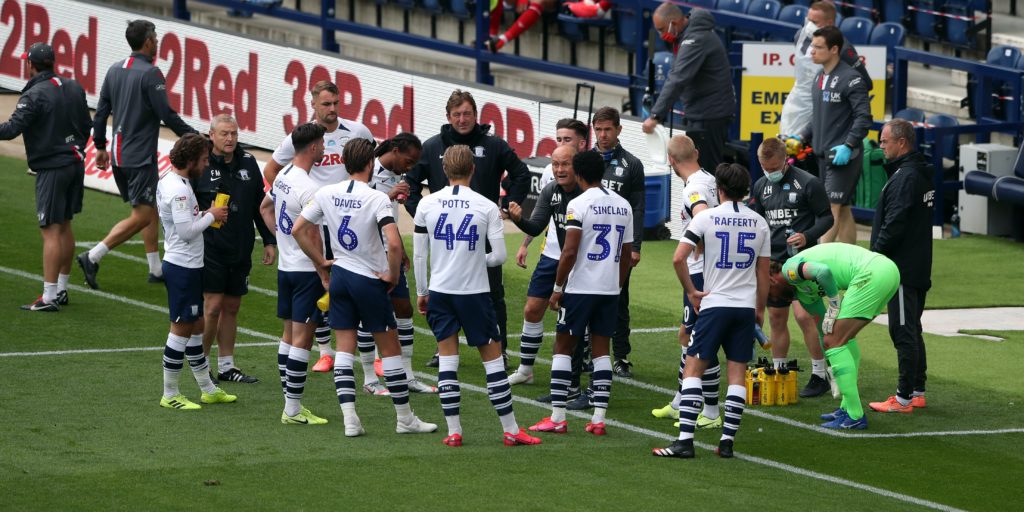 North End were unable to make the most of a dominant second-half display.

Preston boss Alex Neil felt his side had missed an opportunity after being held to a 1-1 draw by Sky Bet Championship play-off rivals Nottingham Forest at Deepdale.

North End were unable to make the most of a dominant second-half display after Jayden Stockley had cancelled out Lewis Grabban’s early penalty on Saturday.

The result still lifted them back within two points of the play-off places – and coming against the fifth-placed team it was a creditable draw – but Neil felt it should have been more.

Neil said: “I wouldn’t say we are pleased. They had one shot on target and that was the penalty.

“That shows how well we defended. Then it was about converting opportunities.

“It was a really silly penalty to give away. They get a lot of players behind the ball and are difficult to break down, so we made it hard for ourselves.

“But we got the goal back and pushed to get the next one. Unfortunately we couldn’t convert any of those opportunities.

“But we are still in the hunt. We have three big games left.”

Forest claimed the early initiative after Ben Pearson fouled Nuno Da Costa in the box. Grabban calmly tucked home his 20th goal of the season from the resulting penalty.

Stockley’s equaliser 10 minutes later was a well-worked strike but the rest of the game was a tight affair.

Preston were on the front foot after the break but Forest defended fiercely. Patrick Bauer, Stockley and Tom Barkhuizen all had good efforts blocked.

In the face of such pressure, Forest were happy to take a point that shores up their play-off position a bit further.

Manager Sabri Lamouchi said: “It is a good point and a good performance. I think it was a fair result, a good result.

“I am happy for the boys because they never give up, they are focused and serious. They are fighters.

“After many games in a few days they are very concentrated, looking forward and they know they have to keep going.

“We have just played Derby and Fulham – teams with a different dynamic. Here we faced a lot of long balls but the boys stood up. They are tired but they kept going.

“One point is a good result and now we need to think about the next one.

“We have done the job but we need to do the job for the next two or three weeks. That is so important to the club and players.”