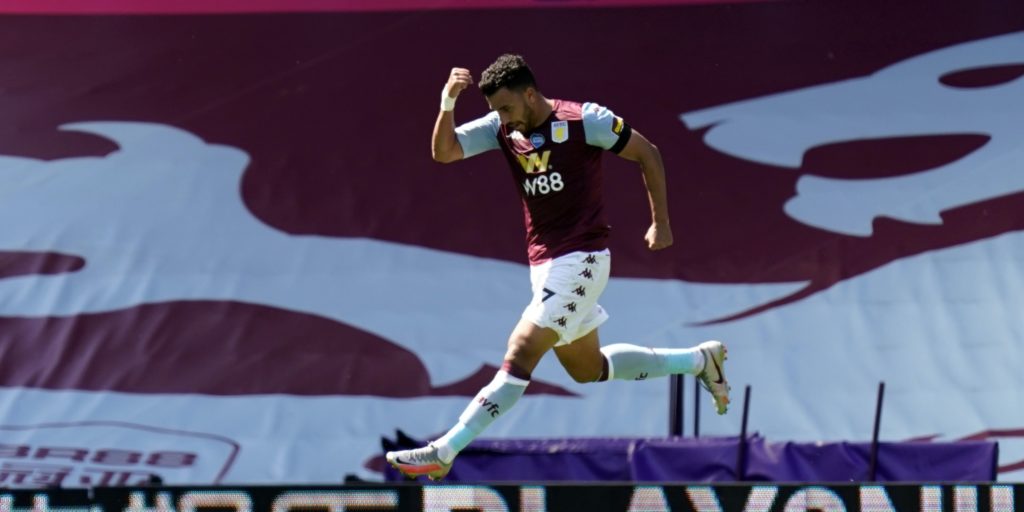 Trezeguet’s first double in England clinched Villa’s first win in 11 games and put them within four points of safety with three games left.

Trezeguet’s first double in England clinched Villa’s first win in 11 games and put them within four points of safety with three games left.

The game was overshadowed by racist tweets to Palace star Wilfried Zaha before the game.

West Midlands Police tweeted that a 12-year-old boy from Solihull has since been arrested and was remanded in custody.

Regarding Trezeguet, Smith said: “He’s performed really well the last two games and deserved his place in the team.

“He was another who came into the club late in the summer and it’s taken a while for him due to a bit of adaptation – the likes of him and Douglas Luiz.

“But I thought he looked a threat, as he has in the last two games. He had a chance against Manchester United where he hit the post and he got his two goals today.

“His attitude is spot on, he worked his socks off and he deserved his goals.

“Trez has earned his place for his performances and is starting to look a player accustomed to play in the Premier League.”

The Egypt international scored in each half to hand third-from-bottom Villa their first win in 11 Premier League games, since January 21.

Palace were controversially denied the opening goal after seven minutes by VAR.

“It was a frustrating afternoon,” said Hodgson. “We would like to have seen the goal allowed because we believe the ball came off Sakho’s shoulder.”

Hodgson added: “We need to keep playing – there is no other option. We’re in a bad spell of results and have played well intermittently, but not enough.

“We have to pick ourselves up and prepare to play Manchester United.”

Palace’s former Villa striker Christian Benteke will miss the last three games of the season after being sent off for violent conduct after kicking out at Villa defender Ezri Konsa after the final whistle.

“The game became somewhat niggly because one of our players has kicked out at one of their players and got a red card and will miss the rest of the season,” said Hodgson.

The Palace boss added he has spoken to Benteke about the incident.

He added: “He wasn’t attempting to make any excuses. Unfortunately he, like some other players, allowed himself to get heated.”