Brentford close in on top two with victory over Preston 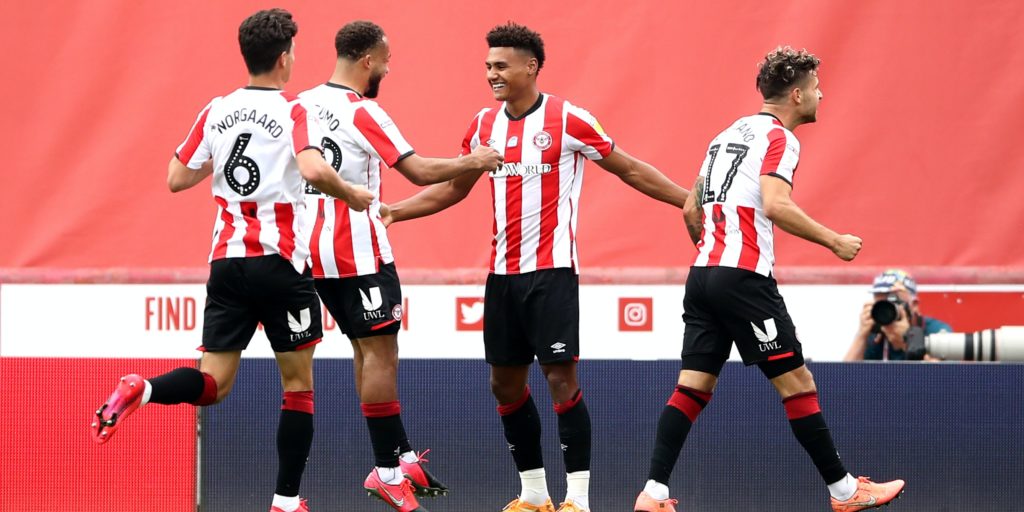 Ollie Watkins scored the only goal of the game in the early stages.

Brentford moved to within a point of the automatic promotion places after a 1-0 win over Preston at Griffin Park.

Ollie Watkins scored the only goal of the game after just four minutes and the Bees held on to maintain their flawless record since the resumption of the Sky Bet Championship in June.

The victory also equals a club record of eight successive league wins in the same season in what could be their penultimate match at Griffin Park, the club’s home since 1904.

After being played through by Emiliano Marcondes, Watkins took a touch before firing past goalkeeper Declan Rudd for his 25th goal of the season to move ahead of Fulham’s Aleksandar Mitrovic in the Championship golden boot race.

Preston have endured different fortunes since the restart, having been sixth in February. They currently sit ninth, five points behind Cardiff who occupy the final play-off spot with two games left to play.

Despite going behind early, Preston gained a foothold in the match. Brentford goalkeeper David Raya had to come off his line in the 13th minute to narrow the angle and deny Tom Barkhuizen.

The home side then came close to doubling their lead as Marcondes found himself with two chances just outside the box – the second deflecting over the crossbar with goalkeeper Rudd wrong-footed.

At the other end, Darnell Fisher forced Raya into another first-half save, after an extensive build-up had led to a free-kick in a central position. The 26-year-old’s dipping effort was parried by Raya.

The Bees came close again before the break, with Said Benrahma playing a clever one-two with Watkins in the box before firing towards goal, but his strike was straight at Rudd who punched clear at the second attempt.

Watkins almost had his second goal of the match but his swerving strike from Benrahma’s pass was just over Rudd’s goal.

The visitors looked to be edging closer to an equaliser.

Just before the second-half drinks break, after some neat build-up play, a Ryan Ledson effort lacked power and Raya was able to gather.

In-form Benrahma, who had six goals in three games going into this one, came close to doubling his side’s lead. The 24-year-old ran across the box before firing just wide of a post.

The early goal turned out to be decisive and boosted Brentford’s chances of automatic promotion.