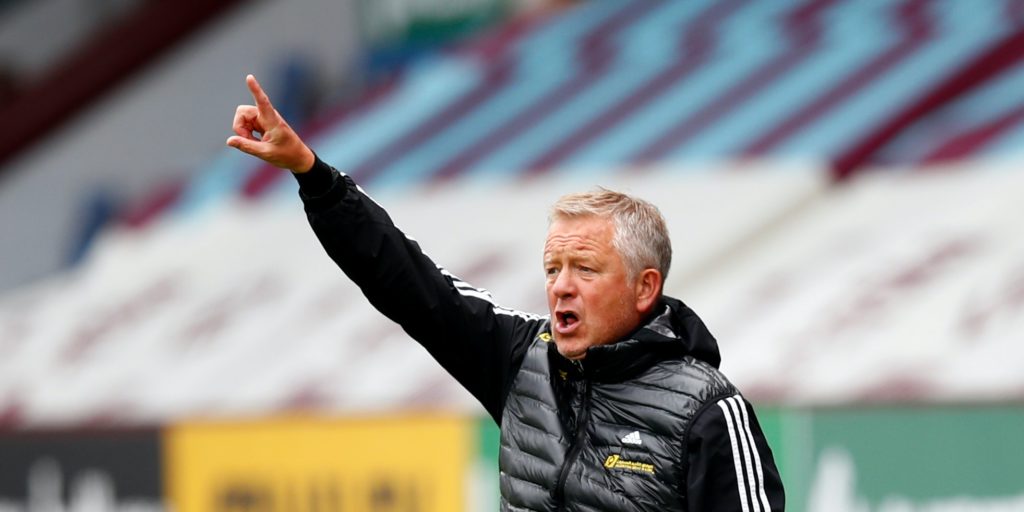 The Blades are in the Europa League hunt.

Chris Wilder has challenged his Sheffield United side to maintain the momentum as their push for European football continues.

The Blades kept themselves firmly in the Europa League picture as they snatched a last-gasp win over rival contenders Wolves on Wednesday.

With four games remaining in the Premier League, Wilder’s side are seventh in the table, still ahead of Arsenal, Tottenham and a rejuvenated Burnley.

The current schedule is ferocious, however, with a visit from third-placed Chelsea on Saturday followed by a trip to fourth-placed Leicester next Thursday.

“They have to get over whatever hurdles are in front of them,” Wilder said of his players. “It is a relentless fixture list but everyone is having to overcome it. We have to get on with it.

“The players overcame that on Wednesday night, they were excellent and it felt like a big win.”

Wilder accepts the immediate task in front of them is tough.

Chelsea have been one of the form sides since football resumed after the Covid-19 stoppage. Frank Lampard’s team have won five out of their six games in all competitions, including a notable victory over second-placed Manchester City.

Wilder, whose side came from 2-0 down to claim a 2-2 draw at Stamford Bridge in August, has been impressed by Lampard in his first season in the job.

Wilder said at a press conference: “Going into a football club where he was one of the best in that club’s history, to take on manager role takes some bottle. He’s attacked it like he did his playing career.

“They’re an outstanding team with a freedom which all comes from the manager and when they need to dig in, they do.

“I never look at the Premier League and go ‘That’s a comfortable game’ and ‘That’s not one we’ll get something out of’ – every game is so tough and we have to be at our best.

“But when you do look through the list and look at top-four teams, including Chelsea, it does add a little bit more to the game.

“We have to make sure that our shape is at it and produce one of our best performances of the season.”