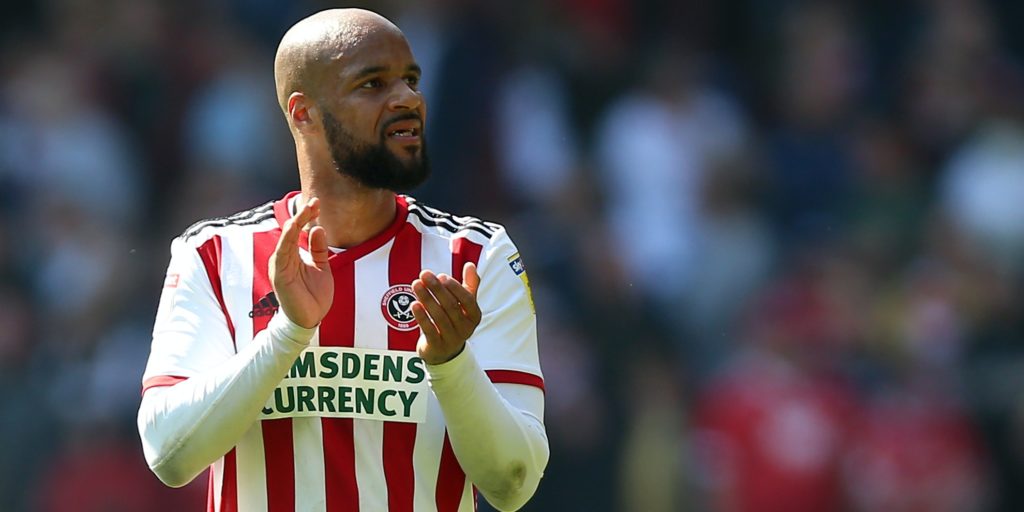 The striker was one of two players this weekend, along with Crystal Palace’s Wilfried Zaha, to receive racist abuse on social media.

Sheffield United boss Chris Wilder has condemned racist abuse which was directed at Blades striker David McGoldrick on social media at the weekend.

Speaking for the first time since the incident at his pre-match press conference ahead of Thursday’s Premier League game at Leicester, Wilder called for the “severest of punishment” to be handed out to perpetrators.

“It is concerning. It’s incredible that these things are still happening,” said Wilder. “We’ve all had abuse to some degree in the business we work in but it doesn’t make it right, it’s ridiculous.

“Nobody has the right to abuse anybody in any way, shape or form and it needs to be dealt with properly and the severest of punishment needs to be handed out so we can try to eradicate all this.

“I’m a believer in education but there has to be a price to pay for the people who think they can do this. Maybe it’s a bit extreme what I’d like to happen, and I’ll leave those opinions to myself but hopefully the authorities can take it forward and deal with it.”

Wilder insists that social media platforms should be more accountable for the content that is posted on their sites.

He said: “I’ve always said regarding social media that I’m not the biggest fan of it but I understand the importance of it.

“But more has to be done by the people who power these media outlets to work in conjunction with the police and authorities to do something about these people who feel they have the power to go online and abuse people.

“People cant stay silent and I’m not surprised David and Wilf have flagged it up and they have been very brave in what they are doing and they should have every bit of support.

“Knowing what David is like as a player and person I know he’ll be deeply disappointed and he has mine and the players and the football club’s full support.

“He is a great guy and a fabulous footballer and most importantly a great human being to work with.”