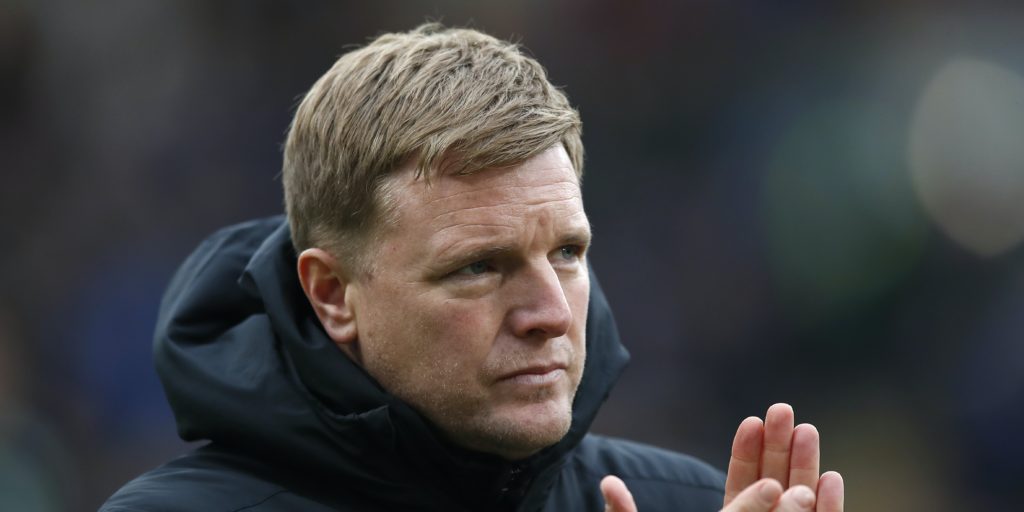 Dan Gosling started his first game since February as Bournemouth ended a losing streak with a 0-0 draw against Tottenham.

Eddie Howe admits he has put his trust in the Bournemouth old guard as the Cherries attempt to escape relegation from the Premier League.

Dan Gosling started his first game since February as Bournemouth held Tottenham to a 0-0 draw on Thursday – the Cherries’ first post-lockdown point – while Junior Stanislas has returned to the starting line-up for the last two games.

“There’s an element of trust, you know they will do it for you again,” Howe said ahead of the crunch visit of Leicester on Sunday.

“Players who have never let you down. They will give you 100 per cent, you know they’ve done it for you before.”

Howe accepts there has been some transition at the Vitality Stadium this season with established players such as Charlie Daniels, Simon Francis and Steve Cook having been sidelined by injury,

But Gosling’s return in central midfield against Spurs helped Bournemouth keep a first clean sheet in 17 games to move within three points of safety.

“I thought Dan was outstanding, he gave us a drive and an energy and a defensive solidity which was hugely important.

“He is vocal and with no supporters in the stadium that gets highlighted even more.

“At times we have been quite young and quiet on the pitch, and with no crowd that has maybe had a negative effect on us.

“Dan is a real leader, energiser and a positive person. To have his voice on the pitch was pivotal.

“Junior has also been a big player for us and these players have contributed historically.”

After Leicester, Bournemouth head to Manchester City and entertain local rivals Southampton before completing their season at Everton.

It is a tough run-in and Spurs manager Jose Mourinho suggested in midweek that Bournemouth had adopted a more direct style of play in an attempt to extend their stay in the top flight to a sixth season.

But Howe said: “Have we radically changed how we’re playing? No. Are we making tweaks? Yes.

“I heard a couple of comments (on Thursday) that we set up defensively, but in my opinion we didn’t.

“We were trying to win the game as best we can. We’re trying to get points to stay in the Premier League. We’re doing everything we can to try and achieve that goal.

“It’s about getting every unit of the team functioning well. Without that you don’t win games in the Premier League.

“So my message to the players is we’re going to back up the Tottenham game with another performance.”