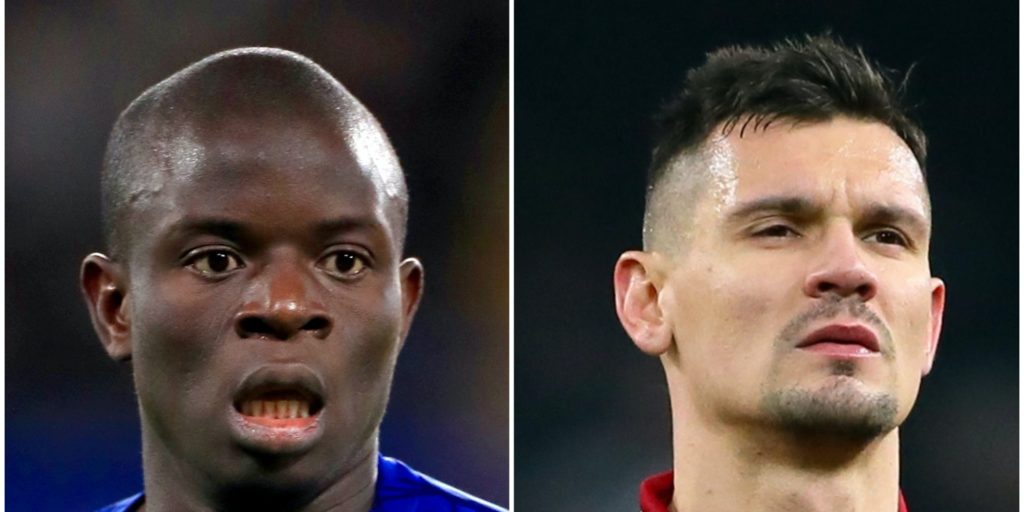 Is a N’Golo Kante-Antonio Conte reunion on the cards?

Metro says N’Golo Kante could leave Stamford Bridge for northern Italy. The newspaper cites Italian publication Gazzetta dello Sport as saying Inter Milan want to snap up the midfielder, who has had an unimpressive campaign and may be released by Chelsea. Inter boss Antonio Conte is still a strong supporter of the 29-year-old, with the pair winning a Premier League title together at the Blues.

Russia’s Zenit St Petersburg are interested in securing the services of Liverpool’s Dejan Lovren, according to the Liverpool Echo. The Croatia defender has moved down the pecking order since arriving at Anfield in 2014, with AC Milan and Roma both trying and ultimately failing to sign the 31-year-old last summer.

Leicester and Arsenal are both interested in Real Madrid’s Luka Jovic, reports the Leicester Mercury while citing Italy’s Calciomercato. But the paper adds that AC Milan also want to sign the Serbia international and have contacted the 22-year-old’s agent.

Germany’s Bild reports that Bayer Leverkusen’s failure to qualify for the Champions League has Kai Havertz looking to leave. That means Chelsea will need to qualify for the elite competition as a bare minimum if they want to sign the 21-year-old Germany midfielder.

Zlatan Ibrahimovic: The former Manchester United striker, 38, says he is unsure about his future at AC Milan as no talks have taken place less than a month before his contract ends, Sky Sports reports.

Tanguy Ndombele: The Tottenham midfielder is being monitored by Bayern Munich, according to France’s Le10Sport