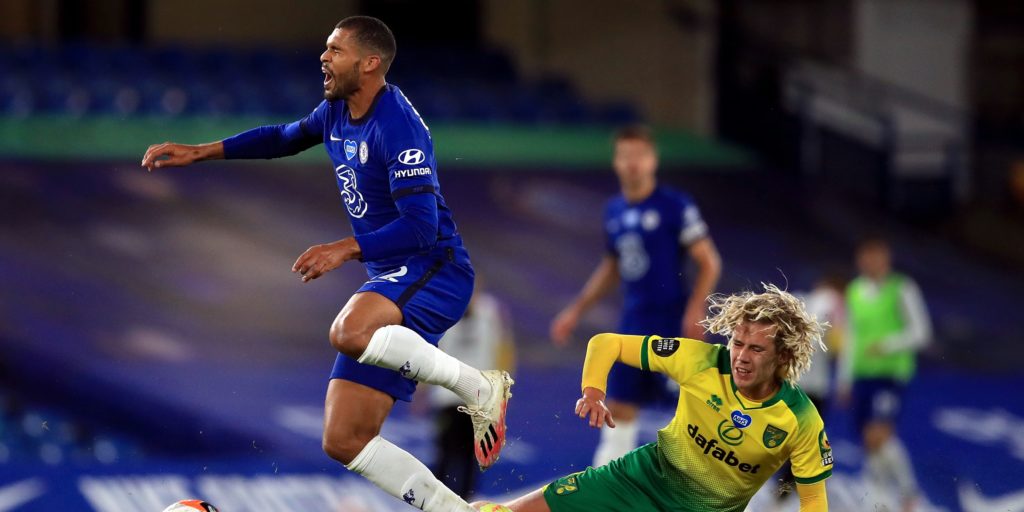 The England midfielder made his first start after the coronavirus shutdown against Norwich following a lengthy Achilles injury.

Frank Lampard hopes an injury-free Ruben Loftus-Cheek will be like a new signing for Chelsea next season.

England midfielder Loftus-Cheek made his first start after the coronavirus shutdown as Chelsea saw off Norwich 1-0 at Stamford Bridge on Tuesday night.

The 24-year-old has finally been able to shake the Achilles injury that prematurely ended last season and bit into much of this campaign as he recovered from surgery.

Chelsea already have Hakim Ziyech and Timo Werner on board for next term and the Blues will chase a further clutch of high-profile new recruits – but Lampard expects one of his existing homegrown talents to enjoy a new lease of life.

Asked if a fully-fit Loftus-Cheek will be akin to a new recruit next season, Lampard replied: “I hope so. It’s difficult for Ruben right now, because of how long he’s had out, because of the stop-start of lockdown and the restart.

“But he’s worked really hard to get where he is right now. In terms of his body and his fitness, we have to give him a little bit of credit and time.

“These games now, he started against Norwich, he’s made little impacts along the way. It may look like that for him in these next few games.

“But what I want is a Ruben firing straight out the blocks for pre-season and next season.”

Loftus-Cheek’s power game and his ability to ghost onto the ball with smart late runs into the box set him apart from the rest of Chelsea’s midfield crop.

And Stamford Bridge boss Lampard is excited by the prospect of unleashing a full-tilt Loftus-Cheek into Chelsea’s new-look squad next season.

“I know the talent he has, I know what he can bring us,” said Lampard.

“It’s very individual. It’s different from what the rest of the squad bring for us, his physicality and touch on the ball. Those minutes will do him really good.”

Leicester’s shock 4-1 thumping at Bournemouth and Manchester United’s last-gasp 2-2 draw with Southampton handed the Blues a double reprieve for their Bramall Lane defeat.

Lampard’s men jumped at the chance to hold onto third place by seeing off the already-relegated Canaries, and now face Liverpool and Wolves in their final two league matches.

While warning his players they face a “tough” battle to seal Champions League qualification, Lampard also admitted Chelsea can be reasonably pleased with their progress in his first term at the Stamford Bridge helm.

“I think we can be happy with where we are right now,” said Lampard.

“I don’t want to jump the gun because we have games that will be pivotal to where we actually finish.

“I think there’s a lot of work to do. I don’t think we should get overly excited. The gap is clear to Liverpool and Man City, in terms of points.

“We’re a work in progress. There’s a lot to do. I’m happy and I want a lot more. When we come back for the start of next season, however this season ends. We have to tackle it and start closing the gap. It’s going to be a tough job.”

Norwich boss Daniel Farke hailed his players for a professional response after the 4-0 drubbing by West Ham that had confirmed their relegation.

“Once you’ve been relegated it can be easy to think about scoring goals as an individual, to get an assist or a special trick but we showed great togetherness and team spirit,” he said.

“For that, it’s remarkable, especially for a young side in a period they’ve been criticised for the first time.”