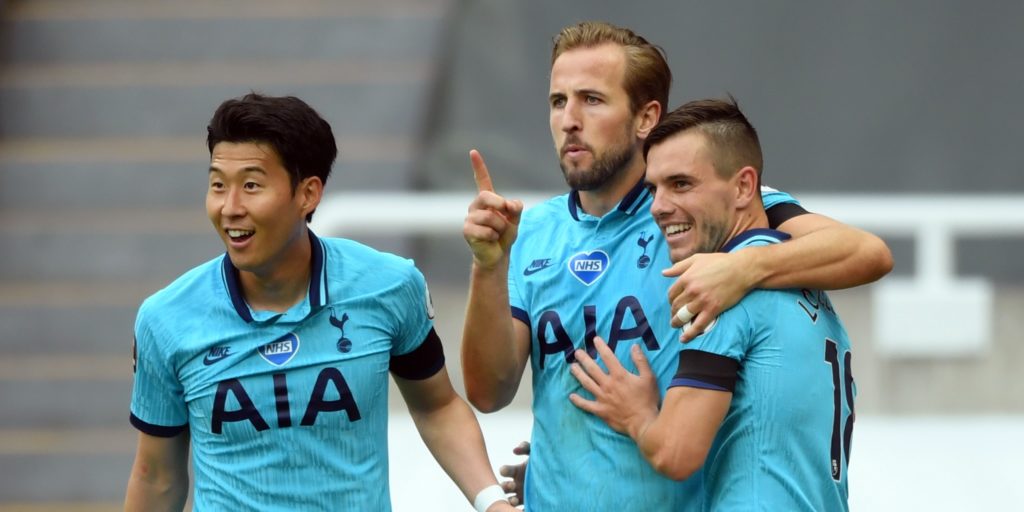 The Spurs and England striker struck twice after the break at Newcastle.

Tottenham boss Jose Mourinho has backed Harry Kane’s quest for another 200 club goals after seeing him complete his first double century at Newcastle.

The England captain scored twice in Spurs’ 3-1 Premier League win at St James’ Park on Wednesday evening to reach his landmark, and later dedicated the victory to team-mate Serge Aurier following the death of his brother Christopher earlier this week.

Kane tweeted: “That win was for you @Serge_aurier. Very proud to reach 200 club goals. On to the next 200,” and swiftly received the approval of his manager.

Mourinho said: “He’s a young guy. Two hundred goals at his age with the remaining years that he has in front of him, it’s very normal that he speaks about, ‘Let’s go for 200 more’.

Kane struck after the break following a quiet first half by his standards to win the game after Matt Ritchie had cancelled out Son Heung-min’s opener in spectacular style.

The England captain first out-jumped defender Emil Krafth to head home substitute Steven Bergwijn’s inviting cross, and then stooped to convert the rebound after fellow newcomer Erik Lamela’s shot had been parried by goalkeeper Martin Dubravka in the final minute of normal time.

Magpies head coach Steve Bruce said: “There’s the difference, that quality up the top end of the pitch. Up until then we’d kept him very, very quiet, but he goes away with two goals and that’s a centre-forward and goalscorer and why they’re worth their weight in gold.”

It was a landmark evening too for Mourinho, who tasted league victory at St James’ for the first time as a manager at the eighth attempt, a relief as he prepared to walk past the statue of mentor Sir Bobby Robson on his way to the team coach.

The Portuguese said: “For me it’s a good feeling, yes, not because it was the only stadium in the English Premier League where I had never won before, I have no problems with that.

“It’s the first time I can leave the stadium and smile.”

If Mourinho headed south with Europa League qualification very much on his mind, opposite number Bruce was left to reflect on a hugely costly evening.

Bruce said: “With the turnaround being so quick, we’ve got to look at even being ready for next season. We’re down to the bare bones.”