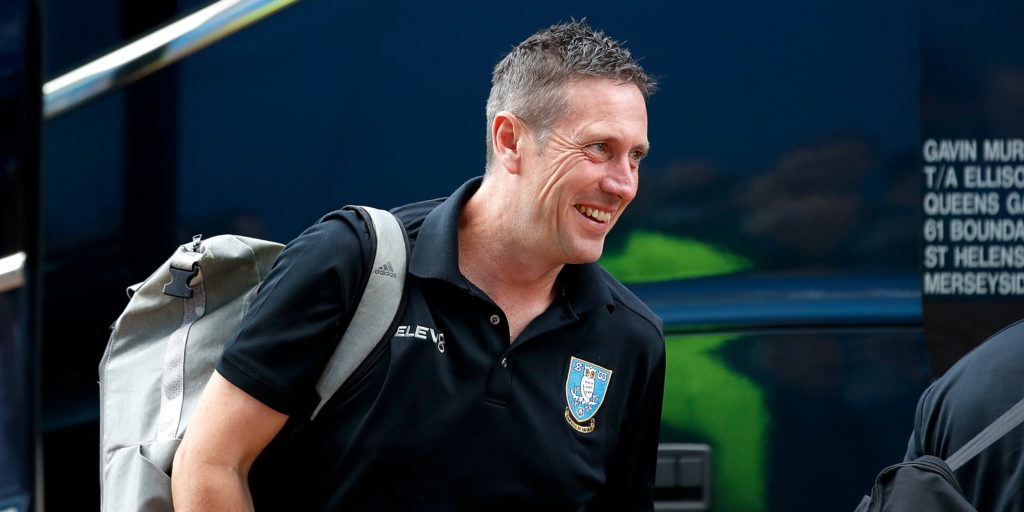 Clubs have been able to track and trace who players have come in close contact with.

Football has been able to proceed safely after the coronavirus lockdown because of some state-of-the-art tracking vests, according to a head of sports science at a Championship club.

There were big doubts over whether this season could resume in the wake of the Covid-19 pandemic but strict protocols, both at training and on matchdays, have meant that its return has been trouble-free.

Cases of the coronavirus have been in single figures in both the Premier League and Championship for the majority of the twice-weekly tests.

One of the reasons for that is technology used in training, with players using vests with GPS trackers on which allows clubs to record who has come in close contact with each other.

Head of sports science and medicine at Sheffield Wednesday Tony Strudwick says the technology, powered by Catapult Sports, has been pivotal to keeping the Owls squad safe, especially after a coach contracted the virus not long after the restart.

“It was really important that we had some kind of objective to see what players were doing and the proximity report just allows us to ensure players are not spending too much time within a two-metre distance of each other,” Strudwick told the PA news agency.

“What we also get is the amount of time spent in close contact, so we can get a matrix between a number of players when they come in close proximity.

“Logistically it has been a big planning operation to make sure that our players are not spending too much time too close to each other.

“You can implement the track and trace policy, we have an objective manner of going back and looking.

“The technology allows us to go back and look at the member of staff and see where they were at any one time and see which players came into contact. The information will be really critical to make sure we minimise risks.

“It’s been invaluable. In the event of a positive test it allows us to go back and track and trace where players have been.”

The technology, which is also used in tennis, rugby, cricket and basketball, also records just how much time is spent in close proximity during the match and it is surprisingly low.

“When you are playing 11v11 the time spent in a real close proximity is less than five minutes,” Strudwick said. “It is one of the safest things to do.

“For central defenders marking a striker they get relatively close. In wider areas we have found there is not a lot of contact, that can be less than two minutes. An 11v11 game is quite free flowing. Players are continuously on the move.”