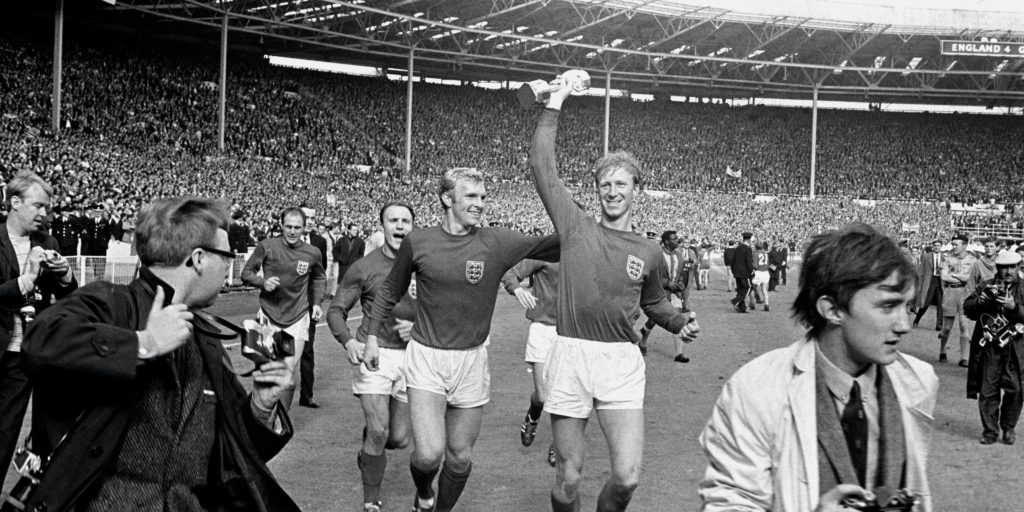 Charlton, one of England’s heroes of 1966, will be fondly remembered on both sides of the Irish Sea after his death at the age of 85.

Jack Charlton was so down to earth, he kept his World Cup winner’s medal in a coal bucket.

John Anderson, who played under Charlton for both Newcastle and the Republic of Ireland, was astonished to discover that one of the 11 men who wrote himself into English football history on July 30, 1966 did not have his memento of a famous day in pride of place on a visit to his Northumberland home.

Speaking as he paid tribute to his former manager following his death at the age of 85, Anderson told the PA news agency: “I remember myself and Kenny Wharton going up to see him and, remember the World Cup coins that you used to collect with the players’ faces on?

“He had a gold set of them and they were in a coal bucket, and beside them in the coal bucket was his World Cup winner’s medal.

“He didn’t blink an eye. ‘They’re in there’, he said, nodding at the coal bucket beside the fire.”

Charlton’s humility was a character trait which underpinned his management style as he made himself a household name in Ireland, where he became the national team’s first overseas boss.

Anderson was part of the Ireland team which reached the finals of a major tournament for the first time when they qualified for the 1988 European Championships two years before making it to the World Cup quarter-finals in Italy.

He said: “Getting to the European Championships in ’88 was unbelievable, beating England in Stuttgart, being six minutes away from getting a result against the Dutch as well, and then obviously the World Cup in 1990.

“The whole country came to a standstill. It was a remarkable time. He’s held in such high esteem in Ireland, Jack. He might have been born and bred in England, but he’s an honorary Irishman.

Charlton’s abrasive and direct style of football may not have won over the purists, but it proved hugely successful and enabled a small country to compete with bigger and supposedly more illustrious opponents to astonishing effect, as both England and, at the 1994 World Cup finals, Italy can attest.

“There were no airs and graces about him. He wasn’t one for reputations, reputations didn’t mean anything to him, everybody was treated exactly the same.

“Nobody was on a pedestal. It didn’t matter how big a star you were or how great a player you thought you were, Jack treated you exactly the same way as he did the kitman or anybody else. That’s the way he was.

Mick McCarthy, who captained Ireland at Italia ’90, saluted a man regarded as a hero on both sides of the Irish Sea.

McCarthy said: “I loved the bones of the man. Jack’s passing will touch Ireland, England and the football world but the loss to football will be felt in Ireland more than anywhere else.

“English fans will always remember Jack as one of their World Cup winners in 1966, but what he did with Ireland will, I suspect, mean even more to our fans and the country.

“He turned a really good team into a team that qualified for tournaments and made an impact at them. He changed my life, he changed everything for all of us who played for Ireland and just look at the memories we have.”

Niall Quinn, another veteran of that World Cup adventure, added: “Jack Charlton led the band. He brought us, as players and fans, to places we never thought possible beforehand and gave us so many precious moments. He changed lives. For his players, he gave us the best days of our lives.”

Paul McGrath said on Twitter: ” Absolutely gutted. Father figure to me for 10 years, thanks for having faith in me. Sleep well Jack, Love ya.”

He said: “He leaves a legacy of outstanding leadership of a group of players of many diverse talents, which he moulded into the successful team that captured the imagination of the nation.

“It was not just the success on the field of play, Jack’s endearing popularity also had much to do with the warmth and personality of the person who quickly became such a legendary sporting icon.”