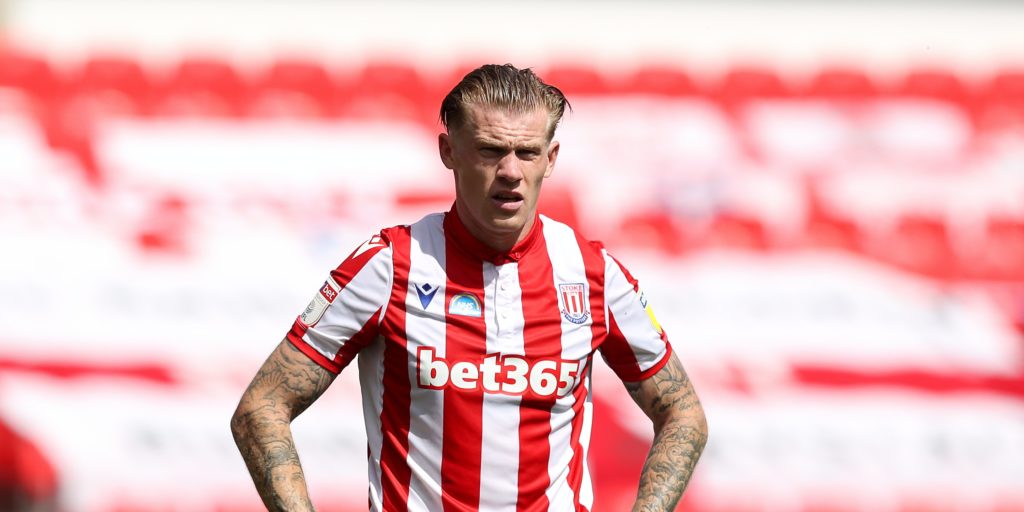 The Republic of Ireland and Stoke winger has received racial and sectarian abuse.

James McClean has criticised figures in and around the game for the lack of support he has received for racial and sectarian abuse.

The Republic of Ireland and Stoke winger, 31, has been targeted throughout a career which has also included spells at Sunderland, Wigan and West Brom, over his decision not to wear a poppy.

McClean has praised the way the game has moved quickly to support Wilfried Zaha and David McGoldrick in recent days after both players were subjected to racial abuse online.

However, he admits he is frustrated that his own issues are not treated in the same fashion.

McClean told talkSPORT: “I’m seeing all this support for McGoldrick, Zaha, (Raheem) Sterling and that and rightly so, I don’t want to take away from the attention and the support they are getting because it is bang on.

“The point I was trying to make was it leaves a sour taste in my mouth because I am seeing all this support (and) I’m thinking, ‘I’ve been abused for the last nine years and where has my support been? Where has been my level of attention?’

“But it almost seems that one holds a higher precedence over another and that’s what irritates me. I’m not looking for sympathy or attention, I’m just asking for equality.”

McClean says he does not wear a poppy during remembrance commemorations out of affinity for his hometown Derry, scene of the Bloody Sunday massacre in 1972.

As well as being abused at games and online he has also received death threats and bullets in the post.

He admits he has not always helped himself and regrets an incident in March when he posted a picture of himself on social media homeschooling his children wearing a balaclava, describing it as a “history lesson”. He was fined two weeks’ wages by Stoke over the post.

He said: “I have made mistakes, I’m no angel at the end of the day. People say I’ve brought it on myself but all this abuse started well before I did anything.

“Sometimes I get annoyed. I am an emotional guy and sometimes the emotions get the better of me and I will act out, but I am acting based on retaliation for all this abuse I shouldn’t be getting.

“I’ve had messages where people are saying they hope my three young children attract Covid and die. I’m thinking ‘this is my three children. I shouldn’t be receiving this, I shouldn’t have to put up with this’. And people wonder how I react sometimes how I do.

“At the end of the day, if I wasn’t a footballer and I wasn’t in the limelight – are you trying to tell me any other father in any other profession would just accept that and that’s OK?”