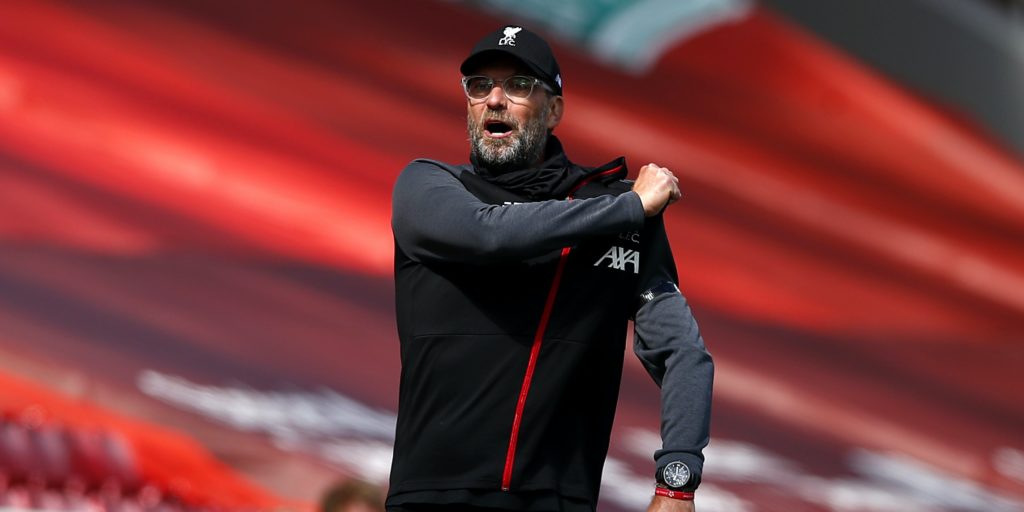 Liverpool boss speaks out after Manchester City’s European suspension was lifted by the Court of Arbitration for Sport.

Liverpool manager Jurgen Klopp suggested if Financial Fair Play is no longer about revenues then someone could spend “a billion a year of his own money”.

The alleged breach was in relation to the overstatement of sponsorship revenue and the break-even information submitted to European football’s governing body for the period between 2012 and 2016 but CAS found most of the allegations were “either not established or were time-barred”.

Klopp insisted his objection was not against City themselves but on how the whole system would now operate.

“I don’t want them to lose money, it is just that if there are rules then I think that we all stick to it and not only some,” he said.

“If you say, ‘come on, forget it, we don’t have to look at what someone is spending’ then there will be people with a lot of money who will be very influential.

“It is not about revenues any more; if someone is ready to spend a billion a year of his own money then that is how it is.

“If you agree on a specific rule but open the gates so you can do whatever you want then we all have to find solutions for that.

“But when we agree on FFP – and that’s what we did – and you are not happy with FFP afterwards that makes no sense as well.

“There are some rules and we should try to stick to it.”

Klopp insists he is not concerned about the consequences for Liverpool, who have kept within the guidelines and posted after-tax profits of GBP 29million, GBP 106m and GBP 39m in the last three seasons.

However, he admits he is grateful the club ended their 30-year wait for the title last month as he expects a more difficult task next season, especially as his own transfer spending is likely to be low.

He said: “I am not worried for Liverpool in the sense I think, ‘Oh my God, what can we do?

“I am really happy we won the championship this year because it will not be easier if something changed.

“Strengthening the squad you talk about like it is something I just have to ask for and somebody opens the well and away we go.

“Ask me can we develop the squad and it is probably possible, but only with real money.

“We have talents ourselves, big talents, and players who can make big steps in our squad. But buying now?

“Just go out there and name whoever you want, whatever the player is, go for it? That is really difficult.

“We did not invest a lot in the squad last year and that was before Covid.