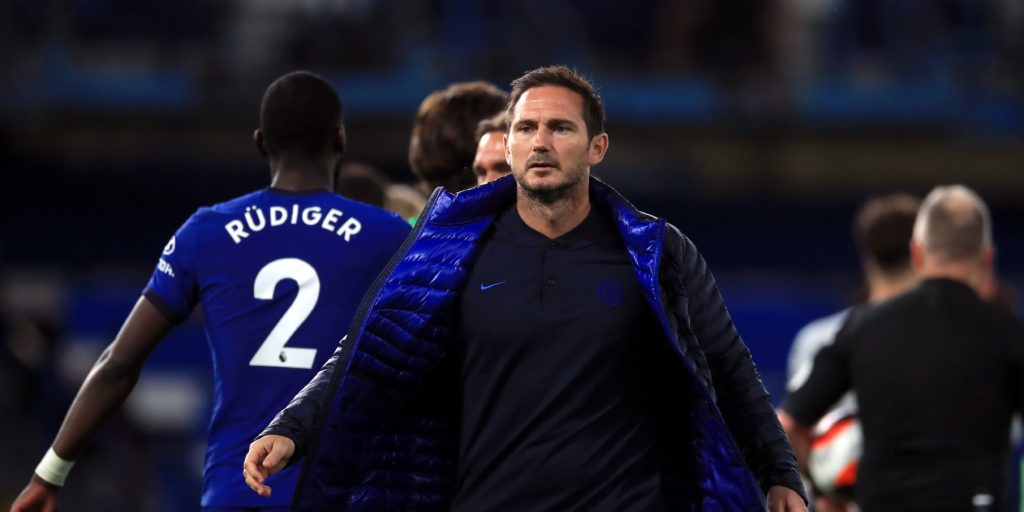 The third-placed Blues have their final two Premier League matches against champions Liverpool and high-flying Wolves.

Frank Lampard said Chelsea’s last push for the Champions League will “be tough” but insisted it will not come down to a test of nerve.

The third-placed Blues moved four points ahead of both Leicester in fourth and Manchester United in fifth, with their final two Premier League matches against champions Liverpool and high-flying Wolves.

Lampard has rejected the idea that Chelsea’s Champions League qualification will now rest on bravery however, challenging his players to keep clear heads instead.

Asked if sealing a top-four finish now comes down to bottle, Lampard replied: “No. I keep talking about mentality, but I don’t like the word bottle too much.

“We’ve got two games now against just two really good opponents, so we’ve just got to focus on those games one by one.

“We’ve got to prepare properly and show the right attitude, and I think we did that tonight.

“So rather than talk about bottle I want to talk about focus and attitude, and hopefully we have enough to get through but it’s going to be tough.”

Chelsea were quickly reprieved for Saturday’s humbling 3-0 loss at Sheffield United courtesy of Leicester losing 4-1 at Bournemouth and Manchester United drawing 2-2 with Southampton.

While the Blues were happy to take the let-off, boss Lampard insisted he had not even spoken to his players about the results elsewhere ahead of Tuesday’s west London clash with the Canaries.

“I actually didn’t speak to them about it today because I think I have mentioned other games around us,” said Lampard.

“We all saw the games but I don’t think I had to say that to them today. We know that the team around you has a moment like that then you have to capitalise. We failed to do that at other times this season.

“All I wanted to do was make sure we did our job tonight. I felt tonight was about us. We were against a team who has just been relegated. With all respect, here at home if we get our job done at home we get three points and we did do that.

“I was delighted with Christian Pulisic’s movement to run behind on the little angle for the goal, because that’s what we weren’t doing enough of in the early stages in the game.

“Ollie Giroud will always be alive to those in the box. If you’re playing Olivier Giroud you want to get balls into the box, you need to play to his strengths, and he gets a really good goal.”

Norwich were unable to generate any clear-cut chances, but manager Daniel Farke still hailed the commitment of his Canaries, who had seen their relegation confirmed with a 4-0 thumping by West Ham.

“I have to say I am pretty pleased with the reaction of my lads,” said Farke.

“We had to deal with the disappointment against Chelsea’s need to win this game.

“And I think we were unbelievably competitive, really compact and not that far away from winning a point.”