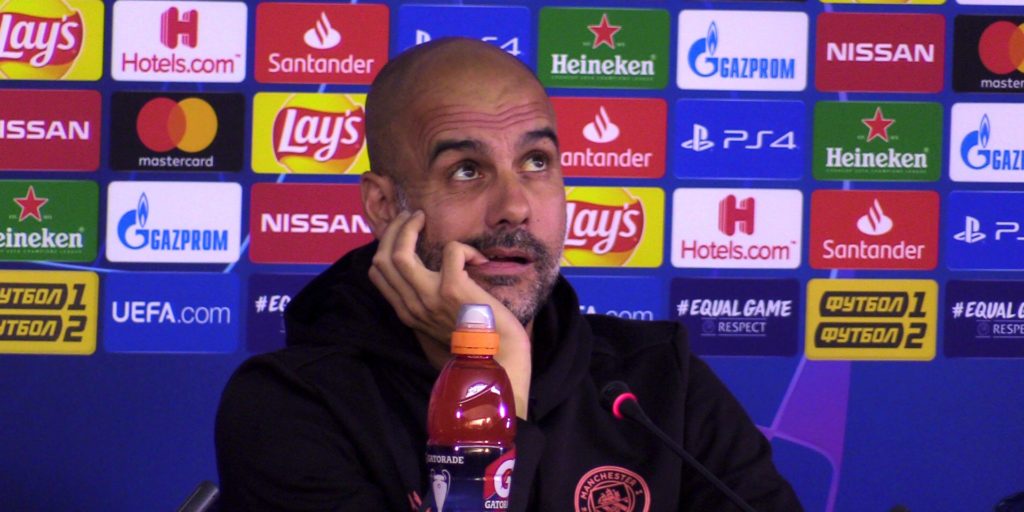 Pep Guardiola’s side could end up facing Juventus and either Barcelona or Bayern Munich if they can see off Real Madrid in the last 16.

Manchester City will face Lyon or Juventus in the Champions League quarter-finals if they overcome Real Madrid as Pep Guardiola’s men were given a tough-looking path to the final.

Play has been suspended since March due to the coronavirus pandemic, but continental action will return next month with the remaining last-16 ties and a final eight mini-tournament in Portugal.

The route to the Estadio da Luz final on August 23 was set out at an empty auditorium in Nyon, Switzerland on Friday, with City given a difficult road to the Lisbon showpiece.

If Guardiola’s men can progress past Real Madrid in their last-16 second leg at the Etihad Stadium, having won 2-1 at the Bernabeu in February, they will face French side Lyon or perennial Serie A champions Juventus in a one-off quarter-final.

The semi-final draw was also made and City could face Chelsea, although the chances of an all-English encounter seems extremely unlikely as Frank Lampard’s Blues head to Bayern Munich for their last-16 second leg trailing 3-0.

The other side of the draw will provide the home team for the final in Lisbon, with RB Leipzig or Atletico Madrid facing Atalanta or Paris St Germain in the other semi-final.

All matches will take place behind closed doors in Lisbon, with Benfica’s Estadio da Luz and Sporting’s Estadio Jose Alvalade providing the venue for the behind-closed-doors ties.

The remaining round-of-16 fixtures will be decided on August 7 and 8, with the mini-tournament in Portugal kicking off on August 12.